What?! Artists Without Number One Albums

Tom Petty and Weird Al, what do they have in common? Not much, aside from the expected parody Al did of a Petty tune many moons ago. However, they both recently scored their first number one albums in the history of their long, successful careers. Shocking isn’t it? Well, not as much as you’d think actually. Turns out a lot of huge artists have never had a number one album. Here’s a few of the one’s that surprised us most here at B-sides:

The Killers – The Las Vegas quartet have actually only had one number one song, never mind number one album. With massive hits like “Mr.Brightside,” “Somebody Told Me,” and “Human,” their only number one hit was “When You Were Young.” They have no plans for a future album currently but, it’s certainly not too late for the pop-rockers.

The Killers - When You Were Young (Official Music Video)

The Roots – Jimmy Fallon‘s Tonight Show band is bigger than ever, yet they’ve still never hit number one. Peaking at number two with 1999’s “Things Fall Apart,” and 2004’s “Tipping Point” respectively, they have never even had a number one single. Clearly the band isn’t worried though, with an impressive catalog that they added to with this years “…And Then You Shoot Your Cousin,” who knows, maybe their next single could propel the band towards their first number one hit!


The Roots - You Got Me ft. Erykah Badu

Train – Okay, seriously? This is starting to get a little ridiculous, right? I mean, “Meet Virginia?” “Drops of Jupiter?” “Hey, Soul Sister?” All those songs placed in the top two for singles but, they weren’t enough to get the band a number one album. Top three is the closest they’ve ever come, with 2001’s “Drops of Jupiter.” Their newest, “Bulletproof Picasso,” drops in September. Maybe the boys have been playing possum all these years, waiting for the right moment to top the charts? We’ll have to wait and see.

David Bowie – That’s right. The Bowie. The Davy Jones. The Ziggy Starlust. He’s never gotten all the young dudes in America to put him atop the Billboard charts. While he has enjoyed many number one albums in his native UK, the USA hadn’t even put him into the top two until last years surprise release “The Next Day.” In fact, he’s only had one number one single here in his fifty-year long career! (Did you know “Under Pressure” only reached number twenty-nine in America? How crazy is that?) Clearly the man’s got a few tricks left up his sleeve, with his newest album enjoying his highest ranking yet, don’t count the man out just yet. 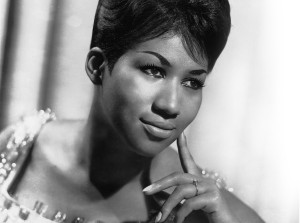 Aretha Franklin – You better think(think!) about the lack of R-E-S-P-E-C-T this diva’s gotten. She’s enjoyed number one albums on the R&B chart but, she’s never managed to top the Billboard Hot 100. With a plethora of singles have enjoyed number one, it’s hard to believe the she has never been able to bring it to the top. It may be too late for the Queen of Soul but, never say never!