Have you been feeling an emptiness? Is there an emptiness that needs to be occupied? Hopefully B-sides can fill the holes in your life, or at least let you know about some of the best music available for your listening enjoyment. Vinyl records are good for your soul, and we’ve got just what you need. We’ve carefully decided upon five more albums to add to your record collection as soon as possible. Here’s the albums you should be spinning right now.

Brothers In Arms  – The Dire Straits 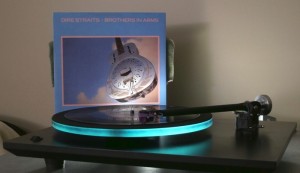 Two of the biggest rock hits of eighties are on this record. The Dire Straits are one of the greatest English rock band this side of John and Paul. “Money for Nothing” is worth the price of the record, but other less known singles like “Your Latest Trick” as well as the title track. Let’s take a look back to an true classic below with “Walk of Life.”

The Crane Wife  – The Decemberists

The Decemberists are known for the folksy songs based on sad stories and The Crane Wife is no exception. The melodies are lilting and the lyrics are resonant. The band shows off the style they’re famous for in songs like “O Valencia!” and “Shankill Butcher.” Well paced, and operatic narrative structure the album is on par with some of the best from the past ten years. And we’re not the only ones who think so. Spin, Pitchfork, NME, and Rolling Stone included it on their lists of “Best Albums from 2006.” The song, “The Crane Wife” tells the story of tragic love story based on a Japanese folk tale. Below is Colin Meloy performing the title track, parts one two and three in an acoustic set.

This album was Taylor’s first, and the only produced with Apple Records. And, there are multiple references to The Beatles in this record, which makes sense since George Harrison and Paul “freaking” McCartney are listed as personal on the record. While the record doesn’t feature the stripped down singer-songwriter style Taylor is now known for it is a great precursor for what became a legendary career. Check out an acoustic version of track seven, “Carolina In My Mind” below.

James Taylor - "Carolina in My Mind " 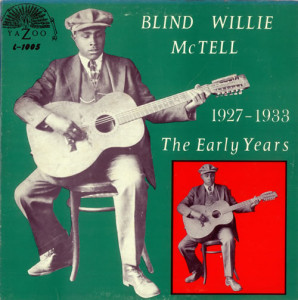 The blues have been an odd phenomenon of American culture. Invented by southern African Americans and forgotten about for generations by the mainstream public, it was re appropriated into something much different into the form of rock and roll after World War II. Blind Willie McTell’s sound is of the old school. This guy’s music is rich and authentic while still being fun. The music is emotional and the lyrics often tell comically insightful stories. One such song can be heard below.

Next year’s hip-hop category is sure to be populated with classics.  Contenders include rap veterans like Common and The Roots as well as young guys like Childish Gambino and 2 Chainz. However The National Academy of Recording Arts and Sciences would be remiss if they didn’t include the major label debut from bucket hat wearing Los Angeles based artist ScHoolboy Q. He has a flavor that is all his own while still being reminiscent of rappers from the durty south like Nellyas well as old skool folks like Big Pun. The evocative video for “What They Want” is below.

This one is bound to be considered a rarity. It is the newest offering from Third Man’s Records “Vault Package” release. It is a collection of jazz, and electronic music told amidst spoken word poetry, and short stories read aloud. A book accompanies the double LP with art, along with other poems and novellas. There are no digital versions of the tracks on the record so we’re unfortunately not able to offer a sample. But we can assure you first hand that this is as intriguing as it is entertaining. So if you ever come across it at your local shop pick it up right away.