It’s pretty much impossible to not have heard of U2. It’s especially impossible if you owned an Apple product, or had iTunes on your computer last week, when Apple and U2 joined forces to put the bands newest album “Songs of Innocence” in everyone’s music library; without asking. The band has become somewhat divisive over the past decade, and as it turns out, forcing their way onto people’s iPhone‘s may not have been the best way to win them over. Why would one of the biggest rock bands of all time, who consistently top the highest grossing tours of the year list, force their album upon unsuspecting Apple consumers?

There is no clear answer but, we have a few speculations over here at B-Sides. Maybe the move was an effort to hopefully rope in new fans? Could the band have been afraid the album, which is their most personal lyrically in some time, wouldn’t hit with their core fan base? Perhaps they feared poor album sales in the face of piracy? Why not just make the album available for free on iTunes, and allow people who actually wanted the album to download of their own volition? The whole thing is pretty off-putting, even if all you have to do is hit delete. U2 aren’t hurting for fans, or credibility, or money(clearly, on account’a that whole free album thing,) so whats the motive? 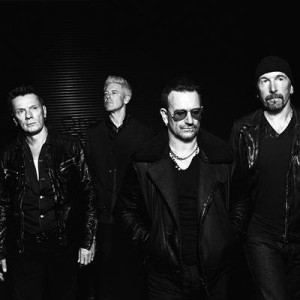 Rolling Stone aside, most top music critics are giving the album less than admirable reviews, and while that could possibly factor into the reason behind this whole ordeal, it’s hard to believe U2 would even bother releasing the album if they thought it were a stinker. There’s an abundance of reasons the band could have gone with this decision but, the only ones that really even make sense didn’t hit their mark. The band seems to have taken a great misstep not only with their music this time but, with how they handled themselves on a whole. Radiohead, Nine Inch Nails, and countless other bands have succeeded with pay-what-you-want options; perhaps U2 should have taken a page out of their book, instead of trying to write their own. If one positive thing can come out of this whole mess, it’s a lesson; that no band should ever, ever, force themselves into a persons music library. That is something sacred all music lovers can agree upon.

Songs Of Innocence - 'Get on the guitar, grab the microphone...'