Album Review: This Is All Yours by Alt-J 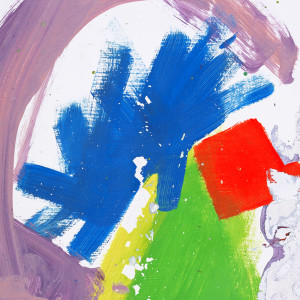 Alt-J spent five years as a band before releasing their debut full length “An Awesome Wave.” The album was hailed by many for it’s unique sound, even drawing comparisons to the kings of unique, Radiohead. Whilst it was hailed by many in that regard, some major critics such as Pitchfork and Mojo found the album to be a little more on the pretentious side. Perhaps it was having five years to rework songs over and over, or perhaps it had something to do with guitarist/bassist Gwil Sainsbury, who departed the band early this year. Whatever the case, Alt-J just released their newest effort “This Is All Yours,” and it seems as if the band may have taken some of their critiques to heart.

“This Is All Yours” stands as a far more cohesive piece of work as a whole than the bands previous effort. Alt-J holds on to the signature sound that they introduced in the past, but meld it more with traditional rock instruments, allowing the guitars to really breath through the fog of the layered vocals, synths, and drums they used so heavily on “An Awesome Wave.” The band experiments with sampling a bit, taking a piece of Miley Cyrus‘ track “4X4,” which drummer Thom Green actually did a remix of for the pop icon. The band even continues similar trends from their debut, as the album contains an intro track, one interlude(the last album had three,) and a sequel track, “Bloodflood, Pt. II.” 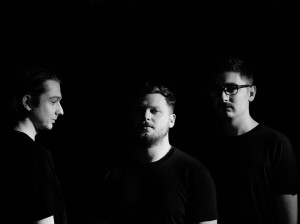 Standout tracks include possibly the bands most straightforward rock song to date, “Left Hand Free,” which boasts a charging guitar riff that drives the verses gracefully into choruses you’ll be singing along to before the songs even ends. Another gem from the album is sequel song “Bloodflood, Pt. II.” Throwing in some familiar vocal harmonies with the reoccurring singing-spelling of the word common (C-O double-M O-N,) the track is as much it’s own thing as it is a great companion to the original song. The sound builds slowly for the tracks entirety into a sublime, yet triumphant conclusion full of an eclectic mix of instruments and repetitive, trance inducing vocals; before abruptly ending with nothing but a few piano chords.

The album also features a trilogy of songs with “Arrival in Nara,” “Nara,” and “Leaving Nara.” The first song sings of a girl being ripped into the ocean and seemingly drowning, but singing a song as it occurs. The song she seems to be singing is the next track, and second part of the trilogy, “Nara.” The trilogy is put on hold until the end of the album with “Leaving Nara,” which lyrically and sonically does a nice job of not only wrapping up the trilogy of songs, but the album as a whole.

Ultimately, Alt-J has certainly grown as a band. Any complaints critics had about the last album seem to have been addressed but, the music still resembles what came before it enough that it may not sway anyone who hadn’t liked the band previously. Perhaps it was Gwil Sainsbury’s presence pushing the band over the line into the realm of pretension, or maybe spending less time with the songs and taking criticism constructively allowed the band to really hone in on the sound they’ve come closer to perfecting. Whatever the reason may be, Alt-J have definitely improved upon themselves, and this album is sure to gain them some new fans as well as appease old ones. “This Is All Yours” hits stores today.