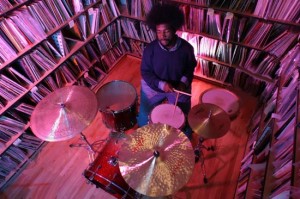 It’s that time again folks! Time to sit back and wait for that special fizzy pop that means the needle has hit the groove. Our Round-Ups are here to give you a way to change your tastes. If you don’t know what you like yet, B-sides will be happy to tell you. Think of us as your liaisons for all that is good in vinyl LPs. This week’s collection, like the rest of them is the equivalent of medicine but for your ears.

Philly darlings Dr. Dog can sell out shows in their home town the way Springsteen can, albeit on a smaller scale. The people love them, hence the name folk music. The lo-fi style of the cheesesteak loving sextet has captured hearts of millions since their first album in 2002. Fate is the 2005 effort from the group that is essentially more of the same in all of the right ways. The best thing about them is that you can hear one song and know exactly what they’re about and it will still leave you wanting more. Creepy, and tempo driven, “The Beach” is available below. 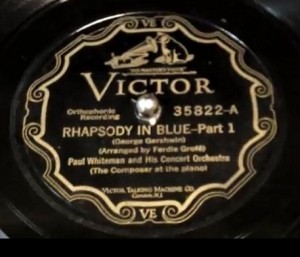 For seasoned vinyl bargain hunters “Gershwin” may sound like a dirty word. Between him, Barbara Striesand and Englebert Humperdink its eels as if the same three records repeat themselves at every goodwill and local thrift shop. However “Rhapsody” deserves to be given a fair shot. It’s seventeen minutes of the very best of big band.  Sure 1920’s instrumentals aren’t everyone’s cup of tea but our advise is to keep an open mind, sit back and enjoy. The cartoon from Disney’s Fantasia 2000 is available below.

A soul band full of white people from the disco era sounds like a bad idea on paper. However the pre-Commadores R&B sensation has had loads of unlikely hits including “Reelin’ In The Years” and “Rikki Don’t Lose That Number.” Despite (or because of) the dubious origins of their band’s name they have carved out a significant niche in popular culture. Check out the title track below.

Pink Floyd is one of about five true musical innovators from the 20th century. Prog Rock owes it’s entire existence to Dave Gilmore and Roger Waters. Works of pure genius like The Wal and Dark Side of the Moon are still shaping the rock and roll landscape. With that being said Animals is an underrated masterpiece. The record is a modern symphony that is best when listened to from beginning to end. But here’s a quick taste for you folks, the first and last tracks “Pigs on the Wing” parts one and two are available below.

…And Then You Shoot Your Cousin -- The Roots

Where do these guys find the time? Between appearing every night on The Tonight Show and regularly contributing on the children’s program “Yo Gabba Gabba” you’d think The Roots have their hands too full to put out a new record. But, you would be wrong. Questlove and company churn out music the way Starbuck’s does coffee shops. The world class entertainers consistently produce great tunes. The purely gangster “The Dark (Trinity)”is below.

Bonus: Songs of Innocence  – U2

Our bonus vinyl this week isn’t actually available on any format but digital yet. That’s the bad news, the good news is that it can be counted among the best things in life, being free. Like love and tap water this record is within reach of ownership for just about every American (and certainly every one reading this blog). The album was famously released to every iPhone for free.  So if you haven’t heard it, check your pocket. Besides from being a pretty cool ploy to sell concert tickets, the record isn’t half bad. Track one on the album you already own is below.