ALBUM REVIEW: Stars – No One Is Lost

Stars just dropped their new album “No One In Lost,” and over here at B-Sides we plugged our headphones in, turned the volume up to a hard seven, and found out if no one is truly lost. The Toronto based band’s seventh full length affair was recorded at Mount Zoomer in Montreal, which sits atop what used to be a gay disco. The disco seems to have managed to creep through the floorboards and into the bands songwriting, with a clearly audible influence lingering throughout “No One Is Lost.”
The album gets right into the new found disco appreciation with “From the Night,” cranking out funky guitar and bass licks over high-hat dominated choruses, all lead by alternating vocals from singers Torquil Campbell and Amy Milan. The album dips more and more back into the indie-pop sound as the album presses forward, finding Campbell and Milan each taking the individual spotlight, showcasing Campbell’s unique voice which sounds like a blend of Ben Gibbard and Morrissey.

The album really shines in songs 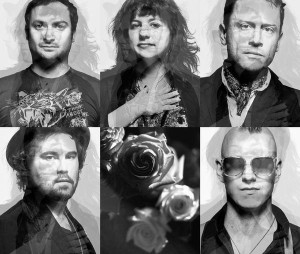 where the band sticks to what they know, with “What is to Be Done?” which is a subtle slow burner running on skeleton instrumentation, that gradually throws in splashes of other instruments as it accelerates into a fully realized conclusion. “Trap Door” is another must hear from the album, an 80’s anthem that is probably the closest you’ll get to a new Smiths song. Campbell definitely seems to be in command on the album but, he and Milan compliment each other very well when they harmonize. Plus, she’s not without her great songs, most notably is “Are You OK?” which serves as one of the most straight-forward pop-rock songs on the album.
In a recent interview with the Huffington Post, Campbell claimed he wanted to make “Stupid-Profound Pop Music.” Perhaps the stupid part he was referring to are the lyrics, as they at times can be the weakest part of the album. That being said, when the lyrics work, they’re great; and when the band doesn’t stray from their norm, they seem to be most triumphant. So while the band actually does seem to get lost at times, they always manage to find their way back. This album is certainly not the one that is going to change people’s opinions of them but, fans of the band should be pleased for the most part with the album.

Stars - From The Night

ben gibbard morrissey no one is lost Stars