Wayne Static of Static-X Dies at 48 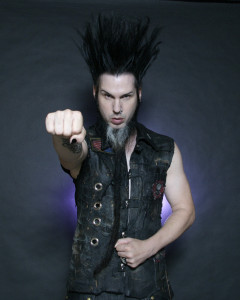 Wayne Static, the frontman of Static-X has died at age 48. Static, whose real name was Wayne Richard Wells, was scheduled to co-headline tours with Powerman 5000 and Drowning Pool over the next several months in the UK and Russia, playing the breakthrough album by Static-X, “Wisconsin Death Trip” in its entirety. No additional information regarding the cause of death was provided at the time of the news. Static-X was a staple of the nu-metal and industrial metal scene in the late 90s and early 2000s. Their debut album, “Wisconsin Death Trip,” was their most successful, as tracks from the album were featured on video game soundtracks and appearances at Ozzfest.

Providing a statement to the announcement of the upcoming tour, Wayne Static stated, “What can I say… It’s been far too long since we’ve played the UK and this will be our first time in Russia. To say I’m excited would be an understatement! For those of you still wondering what to expect from my solo band… don’t fear, we’re still bringing the old school Evil Disco just like Static-X did for years. For these shows we are celebrating the 15th anniversary of my first album, Wisconsin Death Trip, by playing the entire cd from front to back. If that’s not enough we will also play an encore set of more classic Static-X hits and a couple from my solo record, Pighammer. Playing the old songs from Death Trip has been awesome, and I want to thank all you Evil Disco heads for your support through out the years.”