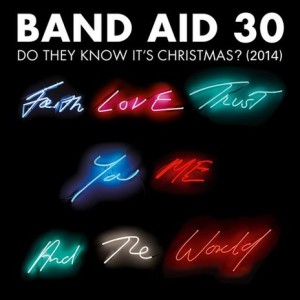 The video for the remake of “Do They Know It’s Christmas” by Band Aid 30 has been released. The song features current UK artists highlighted by Chris Martin of Coldplay, One Direction, Bono, Sam Smith, Seal, Sinead O’Connor, Dan Smith of Bastille, Olly Murs and others. The non-profit project was organized by Bob Geldof and Midge Ure, who created the original version in 1984, to raise funds to aid in the global fight against Ebola. The recording process and video took place over the weekend in a span of 36 hours. Lyrics of the song were modified from the original to highlight the Ebola epidemic in West Africa.