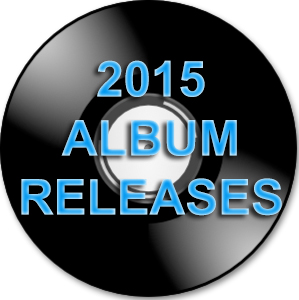 2015 has begun! Now it is time to get excited about what this means for music. Last year was one of ambition and innovation, still 2015 is already building up some of its most anticipated records.

January will bring new records by Mark Ronson (Uptown Special), Panda Bear (Panda Bear Meets the Grim Reaper), The Decemberists (What a Terrible World, What a Beautiful World), Fall Out Boy (American Beauty/American Psycho), Lupe Fiasco (Tetsuo & Youth), Belle and Sebastian (Girls in Peacetime Want to Dance) and Pond (Man, It Feels Like Space Again). Great releases await on the month of February, these include Bob Dylan’s Shadows in the Night, folk favorites Mount Eerie will release Sauna, and Murder by Death’s Big Dark Love which will all be released on the 3rd day of the month, while Father John Misty’s I Love You Honeybear will be released on the 10th. March will be a fruitful month for music, starting with the March 2nd release of Chasing Yesterday, sophomore record of Noel Gallagher’s High Flying Birds, and on March 3rd both Of Montreal and Modest Mouse will be releasing their latest LP’s. Arcade Fire’s Will Butler will release his debut record Policy on March 10th. Laura Marling’s Short Movie will be released on the 24th, and The Prodigy’s The Day is My Enemy on the 30th.Liverpool’s The Wombats will release Glitterbug on April 9th.

Several artists are reportedly planning to release records this year. These include Muse, Joanna Newsom, Adele, Kanye West, Fleetwood Mac, Garbage, Muse, Red Hot Chili Peppers, Death Grips, Frank Turner, and Björk. Coldplay’s follow up to Ghost Stories will be titled A Head Full of Dreams and 50 Cent’s Street King Immortal, these both have yet set a release date.

Notorious pop acts such as Britney Spears, Christina Aguilera, and Ellie Goulding are also planning to release records this year. Madonna’s Rebel Heart will be out on March 10th and April 3rd is the release date for Froot, the third album by Marina and the Diamonds. Post-punk veterans Gang of Four will release their ninth studio record, What Happens Next on February 24th while Duran Duran teamed up with Nile Rodgers and Mark Ronson to work on their upcoming record, yet to be named or given a date.

So get excited, because it seems like 2015 will be another great year for music and for new artists to offer themselves to the world.