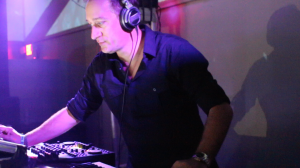 Internationally renowned composer and DJ Paul van Dyk has spent the majority of his life creating and performing original music for a large and loyal fan base. Van Dyk takes pride in creating music that breaks boundaries on the technology side as well as the music side. This approach has led Van Dyk to great success that includes a Grammy nomination and his own record label, Vandit Records. Most recently, Van Dyk has released two compilation albums under the title, “The Politics of Dancing”, which mainly featured remixes of existing tracks. The third installment, however, boasts a collection of original material that has completed the recording process with a few tracks already been released, such as the addictive “Guardian” that features his collaboration with Egyptian duo, Aly & Fila and vocalist, Sue McLaren. B-Sides spoke with Van Dyk about the new album, his history with the legendary New Order and more!

B-Sides: The Politics of Dancing albums had been compilation mix albums, whereas this latest installment consists of original music. Was there a motivating factor or catalyst behind this approach?

PvD: This is more of a proper artist album, instead of taking the work from other artists and remixing them, putting them together, it was more about actually working together with artists that I might not have had the chance to. So yeah, it’s a proper artist album at the end of the day.

B-Sides: You’ve pulled in quite a few guests for the album, some who are familiar and some who aren’t. Sue McLaren is working with you again.

PvD: Well, with a lot of music today it’s about the latest hip-hop star or someone who the marketing manager arranged a meeting for. For me it’s more about a common ground and so I worked with artists like Christian Burns and Sue McLaren is someone who I’ve worked with before and there are many others who were great to work with.

B-Sides: One of the highlights in your career that we’re interested in is your friendship with New Order in the 90s. How did that friendship come about?

PvD: A guy who lived in Berlin that I knew had gone to school with them and they were good friends. This is how I got to meet them and we got to work together, which was a lot of fun.

B-Sides: What was your reaction like when you first heard New Order after being a fan of Joy Division early on?

PvD: It was a very different sound but it had the same feel. One of my very dear friends, Johnny McDaid used to say that we have the same understanding of what music should do, what music is and what music means. We just have a different sound to it and that’s what it is. That drive, that honesty, that straightforwardness that speaks to us.

B-Sides: Who were some of the artists you were into before you got immersed in the music industry?

PvD: When I was kid, bands like The Smiths, New Order, the whole crazy Manchester thing that was going on at the end of the 80s. This is what really got me into music, the things that sounded different and not your average pop song.

B-Sides: When you’re not performing and creating music, what do you do to get away from that aspect of your life?

PvD: I really enjoy reading, I get into to the point where it cuts me off from the day-to-day business of whatever may be going on. It really calms me down.

B-Sides: Final question, what’s your favorite picture in your house?

PvD: There’s a really great picture of my girlfriend and myself together that we took as a selfie and it turned out to be really beautiful.