The Issue With Tidal 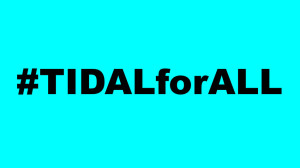 We’ve finally had time to digest it all. Jay-Z, along with many other music heavyweights – Madonna, Kanye West, Daft Punk, Calvin Harris, etc. – have started their own music streaming  service. Their pitch, gathered from the highly publicized launch video, is that Tidal allows the artists to control the industry.

Months ago, Taylor Swift pulled her music from Spotify, claiming that she received far less money than deserved from the streaming service. Tidal will fix this, right?

Well, not really. The problem with Tidal is … it’s Spotify. Almost exactly. The difference is that it’s owned by the creators instead of businessmen. At first glance, this looks like a noble cause. Let the artists decide the industry! Only it’s just Jay-Z and his parade of artist’s attempt to monopolize the streaming industry. What will happen when Kanye West releases his album, and it’s an exclusive Tidal release? Okay, then we just get a subscription to Tidal. Sounds simple enough. Only then Drake releases his new album, and it shows up on Spotify and not Tidal. Are the listeners supposed to have subscriptions to both streaming services because the catalogues are now different?

Therein lies the problem. As these two behemoths compete (not to mention less popular services), the chasm of music missing from each will grow.

I can understand how indie artists who struggle making money from their music can hate Spotify – it allows listeners to get their catalogue for free. As much as Tidal wants to pitch itself as the future of streaming, it’s just a ripoff of already existing services, but with well-known owners. The royalties for the indie artists are near exact to what Spotify offers. Those who will benefit from Tidal’s success will be the multimillionaire artists who champion the service.

Tidal will cost $10, same as ad-free Spotify. Oh, and if you want the highest quality (lossless) music on Tidal? That’ll be $20 a month. Don’t want to pay at all? Don’t think you can go through Tidal – they have no ad-supported free option. Nobody likes to listen to ads; however, if it saves me $10 a month, I’ll gladly listen to a few commercials every hour.

Go ahead and watch the promotional video below, but don’t expect to learn much about Tidal, other than which artists are involved.