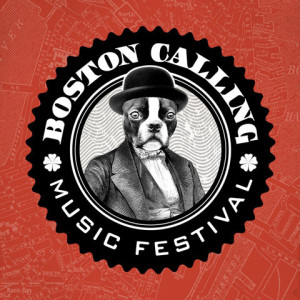 Winter has finally let up in Boston, and with it’s exit, we welcome the fifth semiannual Boston Calling music festival. As always, one of, if not the smallest festival in the circuit more than makes up for it’s size with a superb and diverse line-up. B-Sides will be on-site to grab the sights and sounds for you but in the meantime, here’s our pick of a few must-do’s and who to watch while you’re there.

1. Run The Jewels – Don’t let their early time slot fool you. If you’ve been living under a rock, you may have missed out on the princes of punchlines stellar sophomore effort RTJ2. Hailed as arguably the best hip-hop album of 2014, El-P and Killer Mike have spent the last few months jumping between headlining tours, and spots at little known festivals like, oh, I don’t know… Coachella? They’re the only hip-hop act of the weekend, and they’re bound to tear it up, no matter what time they go on.

2. Tasty Burger – Boston’s best answer to In-n-Out has had a food stand at the past two festivals so, they’re bound to return. There’s only four locations in existence, and they’re all in Boston so, if you’re traveling, we highly recommend you grab a burger from these guys. And if you’re from Boston, then you already know this, cause we’re wicked smaht.

3. Gerard Way – You may know Gerard from his turn as a solo artist late last year, but it’s more likely you remember him for promising you he wasn’t okay with his old band, My Chemical Romance. If My Chem wasn’t really your cup of tea, don’t rule Gerard out just yet. The former king of emo has traded in his dark clothes for something a little brighter, and the same goes for his sound. His new brit-pop-DavidBowie-shoegaze hybrid sound is a unique one, and his stage presence is as dominating now, as it was when he was convincing you to join the Black Parade.

4. Tame Impala – Okay, Kevin Parker is definitely John Lennon reincarnated. The singers voices are nearly indistinguishable, and that alone is reason enough to see these guys. Fortunately for you, they also write dope songs that basically sound like if The Beatles took so much acid in the 60’s that they traveled to the future and started a new band called Tame Impala. Friday is usually the calm before the storm at Boston Calling, and the line-up this year promises the same vibes. And these guys vibe.

5. St. Vincent – Another darling of numerous best of 2014 lists, St.Vincent brings the real weird to her music, so you best believe she brings that shit to the stage. Full of synchronized robotic-like dance moves, strange lights, bizarre outfits, and some serious guitar shredding, her live show is a must. She’ll honestly be a tough act to follow, no matter how good you are. (We’re looking at you, My Morning Jacket.)