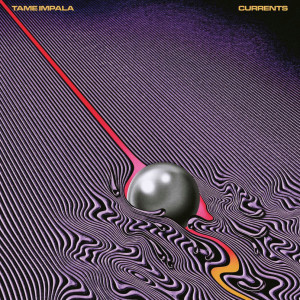 Tame Impala’s latest effort Currents is the next step in the evolution of their sound and a psych-pop masterpiece; their most consistent album to date.

Back in 2012 Tame Impala released the modern rock epic that was Lonerism. Lonerism was the embodiment of all the best aspects of classic psychedelic rock, master crafted by Tame Impala founder Kevin Parker into something uniquely his own. That said, even Lonerism itself was a departure from Tame Impala’s debut album Innerpseaker’s more traditional psychedelic rock sound, favoring a more electronic influence.

Parker continues down this evolutionary pathway with Tame Impala’s latest effort, Currents. Traditionalists need not worry, Currents continues to boast the psychedelic rock tricks-of-the-trade: the phasing vocals, the reverb, etc. New are the healthy dose of pop cues, the percussion flairs that would feel at home on any hip-hop release today, and the obvious shoegaze influence, evoking genre mainstays My Bloody Valentine. The synths are layered and highlighted front and center, pushing the fuzzier guitar sound of previous releases somewhat to the background.

Fans of Tame Impala’s earlier efforts might notice the absence of the “whoa” moment tracks; tracks like ‘Elephant’, ‘Apocalypse Dream’, or ‘Nothing That Has Happened So Far Has Been Anything We Could Control’. Some might see this as a downside, but it actually makes Currents a much more cohesive album. The songs fold into one another seamlessly, and if you aren’t paying close attention you might not realize where one track ends and another begins. This isn’t an album that you will be skipping around and cherry-picking tracks from, but instead consistently playing it front to back as it makes for the best listening experience.

So far, the only major misstep the album makes, albeit nitpicky, is with the song ‘Nangs’. ‘Nangs’ is an interlude connecting ‘Let It Happen’ and ‘Moment’, the track comes in at just under two minutes. The biggest missed opportunity Parker makes is not fleshing it out further into a full song. It is still a solid track and one of the higher points of the album, but suffers slightly over the thought of what could have been.

Tame Impala has created their most self-actualized album with Currents. It would have been easy for Kevin Parker to recycle what made their last album great and turn out basically Lonerism pt. II. Instead, he took a risk and it paid off big time. Currents is far and away Tame Impala’s best album to date and will go down as one of the best albums of the year.