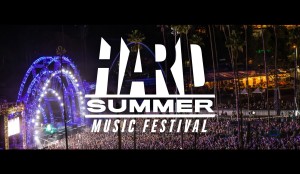 The Fairplex is hosting a massive party this first weekend of August and the anticipation is real. Sold out HARD Fest 2015 is bringing California a handful of the best EDM this season. With too many big names to mention before drowning out, the line-up can only be described perfectly in one word- HARD.

The festival lineup is complete with some of the biggest artist in the game: Jack U, Ratatat, Chromeo, Zeds Dead, Schoolboy Q, The Weeknd, Dillon Francis, Tchami, are just some of the bigger acts that don’t need further introduction. The one things that all the artist have in common is that they compose twists and turns that create so much build up and eagerness that the energy levels go through the roof. All acts will compliment each other with different sounds that fuse together to create a unique festival that needs no other attraction to bring attention to itself.

Special shout out goes to Giraffage, the Chemical Brothers, The Glitch Mob, Caribou and Hermitude whom can be predicted to spotlight rhythmic electronic music at its finest. Apart from these old timers are acts that bring fresh music and new sounds. Guaranteed to supply dark, heavy and trippy tunes, these HARD sets will pack a punch:

GANZ – His mixes are insane. The trancy trap is full of awkward samples- barking dogs, whistles, chimes. The confusion is then greeted with a rockish attitude. Catch this Swedish artist on the mainstage:

Mr. Carmack – Also known as Aaron Carmack, this trap producer has worked with Diplo, Pharrell and other big bass artists. His live sets have been going around since 2013 and have been featured in Soulection and Mad Decent. This Canadian can jam:

Cory Enemy – The pumping beats from this pink haired man easily resemble Brillz. Having served as mentor for Dillon Francis, it’s easy to see where the eccentric producer got his sounds from.

CRNKN – After releasing a mix-tape exclusively for HARD Fest, he’s been turning heads. The hip hop, trap producer; Gabe Baer; found his calling after working closely with Flosstradamus. Mostly known for his remixes , he’s everywhere to be found:

Carmada – The Australian duo, LDRU & Yahtzel are part of the OWSLA family. If that’s not enough to entice you, know that their music has been referred to as a “filthy kaleidoscope of color.” Trap has a new spectrum:

Thomas Jean – His music is dark, progressive and high in energy. LA producer, Jason Stewart, creates deep house unlike any other. His weekly podcasts “ Tall tales” have grown in popularity over the past couple of months and you can find out why:

Shiba San – His hip hop background has yielded some of the best ghetto house. The deranged beats feature analog sounds unlike any other artist. His hit “OKAY” was awarded best underground dance track in 2014:

Hunter Sigel- A Toronto artist just wanting to create music that will “make you feel something.” The dark electro he’s produced clearly reinforces that message:

Valentino Khan – If there is one artist that you will be seeing on a constant basis from now on, it’s this man. He has produced beats for award winning artists like B.O.B., 2 Chainz, Flosstradamus, GTA,and Iggy Azalea among others. After joining OWSLA in 2014, he’s produced progressive techno electro that has created a high demand for Khan’s remixes:

Check out the full line up and festival info here.