Underneath It All: How Relationships Shaped Music 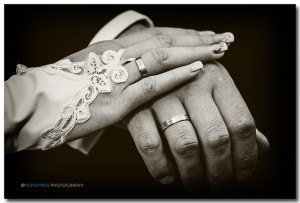 Pretty tough to avoid the news of the announcement of the split between Gwen Stefani and Gavin Rossdale. Stefani, the No Doubt frontwoman, and Rossdale, Bush lead singer/guitarist, are separating after nearly 13 years of marriage. The two met back in 1995 when No Doubt toured with Bush, they married in 2002.

There’s no denying the influence their relationship had on each other’s music. For instance, No Doubt’s ‘Underneath It All’ and  ‘Simple Kind Of Life’ were written by Stefani about her relationship with Rossdale. As you could imagine, there are countless other examples of this; here is a list of some of our favorite music couples and how their relationships influenced their craft:

The two founding members of Sonic Youth began dating in 1981, shortly before forming the band with friend, Lee Ranaldo. Gordon and Moore were married in ‘84 and would remain so for 27 years. The couple split in 2011 over Moore’s ongoing affair.Two years later, Gordon and guitarist Bill Nace formed Head/Body and released Coming Apart in 2013. Coming Apart was truly Gordon’s grand way of getting the last word in. Feminist themes are largely apparent on the album that explores women’s duty, identity, and typical gender roles. The album also sees Gordon discovering and expressing who she is outside of the role she was used to being cast; wife of Thurston Moore, member of Sonic Youth.

The married duo would form the legendary indie outfit Yo La Tengo in 1984 in Hoboken, New Jersey. Kaplan and Hubley became acquainted with one another through various encounters at local shows and record stores. Musically, the couple complemented one another brilliantly; see nearly 30 years of Yo La Tengo back catalog as solid proof of this. In that time, although never quite achieving the commercial success of some of the other examples on this list, Yo La Tengo has amassed a cult-like following that very few acts can rival. The band recently announced the release of their latest album Stuff Like That There, which will be a compilation of re-recorded covers and YLT originals. The album is set to release later this month.

This example is a bit different from the rest of the list, but bear with me, because the result was equally important. Nicks and Buckingham met when they were only teenagers in 1965. As a couple, they joined Fleetwood Mac in 1974 and would play an integral part in the major success of the band’s next album, the self-titled Fleetwood Mac. Despite interpersonal conflict between band members and the end of a relationship, their follow-up, Rumors, became Fleetwood Mac’s most successful album to date. It was during the making of this album that Nicks and Buckingham split, ‘Go Your Own Way’ and the responsory ‘Silver Springs’ capturing their feeling surrounding the end of the relationship. Of course, as history has shown, Nicks and Buckingham managed to channel these feelings in a truly spectacular way, creating one of the greatest albums in Rock n Roll history.