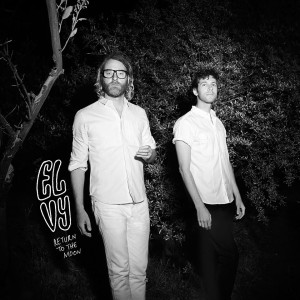 Early last month Matt Berninger (The National) and Brent Knopf (Menomena, Ramona Falls) announced that they would be teaming up for a new collaborative project under the name EL VY; a project almost ten years in the making.

“The album is a project Berninger and Knopf have been thinking about for years. Their friendship spans nearly a decade, starting back when the National and Menomena played small half-empty clubs along America’s west coast,” states the press release.

With the announcement of their new album, entitled Return to the Moon, EL VY (pronounced Ell-Vie, not Ell-Vee) released the first single from the album, the title track ‘Return to the Moon (Political Song for Didi Bloome to Sing, With Crescendo)’. Fans of The National will instantly recognize the smooth baritone vocals as belonging to Berninger. However, it is brighter, more pop-oriented and lyrically-catchy, which quickly sets it apart from The National’s grand melancholic sound.

Return to the Moon drops on October 30th via 4AD records. In the meantime, you can pre-order the album digitally through iTunes or physically through the 4AD webstore. EL VY are heading out on tour in support of the new album later this year, dates can be found via their website. Check out the new album tracklist below:

Return to the Moon tracklist:

EL VY Menomena on radar Return to the Moon the national