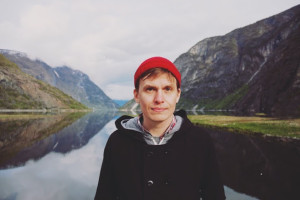 It was a little over a year ago that Chris Walla announced his departure from Death Cab for Cutie. The guitarist, often times vocalist, and frequent producer, Walla has released 8 LPs with Death Cab over the course of their 17 year career.

Late last month, Walla announced the release of his second solo record, entitled Tape Loops. Fans of the musician will remember his 2008 solo debut, Field Manual. Field Manual was released to mixed reviews. It was a polarizing album that that many hoped would see Walla making a sonic departure from the albums he had contributed to in the past, only to be disappointed in that many of the tracks off of Field Manual sounded like they fit in line with any Death Cab release. Criticism aside, Field Manual proved what many already knew, that Chris Walla was an expertly talented musician and songwriter whose ability to put an album together seemed effortless.

Tape Loops is a very different production than his last effort. The album is entirely instrumental and constructed around the manipulation of analog tape. Along with the announcement of the 5-track Tape Loops, Walla debuted the first single from the album, ‘Kanta’s Theme’. Somber tones and a haunting piano track, ‘Kanta’s Theme’ is Chris Walla at his best.