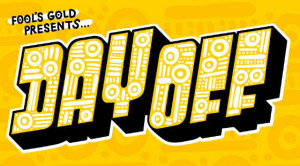 What started off as a party in a SOHO parking lot 5 years ago has transformed into a full day festival. What used to be a single day off towards the end of summer now consists of over five stops in North America. With each show sold out in the 2015 tour; A-Trak has brought together new and old friends onto a gold plated stage.

Fool’s Gold Day off consists of a single platform. The stage is all about having a great day off after a long summer and right before the cold begins to creep in. Newly featured label artists are set to perform in the earlier part of the line-up has a warm up for the steadily growing audience. Surely, the music features hip hop tunes usually infused with electronic beats and drops. The elasticity that the music contains is what makes this event so unique- trap and hip hop to full out house as the day progresses.

Featuring some of the hottest hip hop and electronic acts, Fool’s Gold Day Off has seen good days this year. LA, Atlanta, New York and Miami welcomed headliners and new artist to their stage. Starting off with LA, Action Bronson and Travis Scott among others, performed for thousands at the sold out venues.

The Day Off in Miami was hot and sweaty, much like everything in South Florida. Allison Wonderland surprised and converted visitors into fans. The trap goddess spun the records out of control. A-Trak, always making an appearance on his Days Off, spun and maneuvered buttons to serenade bodies and legs. With more awards that can be named and known for being the first DJ to win five World Championships, A-Trak controls the turn tables unlike many mainstream Djs.  Flosstradamus continued by closing out the stage with their HDY type songs that took it from 0 to 100 very fast.

What was first created in 2007 by A-Trak and Nick Catchdubs, the Fool’s Gold record label has grown faster than anyone imagined. Born in Brooklyn, New York; the independent record label has worked with artists all over North America. With over 80 artists on their roster, the most well known artist to have come from the golden arch include Kid Cudi, Flosstradamus, Tchami, Bag Raiders, Chromeo, Danny Brown, Kids Sister plus others.

The next Day Off is going to be bringing Austin Texas a good heat wave this weekend. Headliners for the show include Action Bronson, Ape Drums and gLAdiator among others. You can check out a little taste of Fool’s Gold in A-Trak’s 2015 Fool’s Gold Day off Mix here: