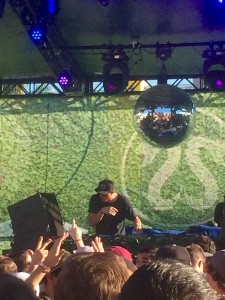 This past weekend, tons of people flooded San Diego’s Waterfront Park to see some of edm’s hottest talent.  The festival made its debut just seven months ago, but turned right around and brought yet another incredible lineup including The Flaming Lips and Jamie XX.

SNBRN started off the first evening of CRSSD and set the bar high for the rest of the weekend. As soon as people entered the park, it was impossible to escape the sound of people singing along to the DJ’s more popular tracks like “Raindrops” and “Return of the Mack” all the way to the freak out that followed “California”. Goldroom and Le Youth took the stage immediately after, playing some feel-good tracks and a lot of deep house. What might have seemed like an almost random pairing worked out perfectly and hopefully they will unite again soon. Classixx and Holy Ghost were the next pair up on the Palms stage and again, picked up seamlessly where Le Youth and Goldroom left off. 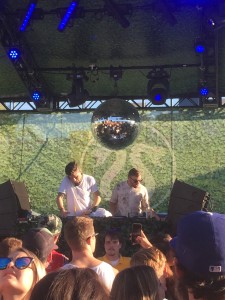 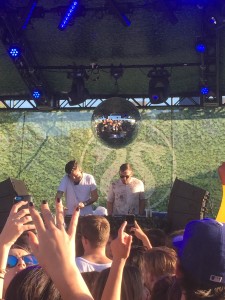 Cashmere Cat and Trippy Turtle changed it up on the Palms stage, dropping heavy bass throughout their trap set. The duo changed the mood at the * stage right after the sun went down waking up the festival for the night ahead. Across the park, St. Lucia performed on the main stage for a different crowd into a different type of sound.  St. Lucia, the stage name of South African born musician Jean-Philip Grobler, delivered a performance worthy of several of his idols including Lionel Richie and Michael Jackson.  His electronic, synth-pop sounds has a definite 80’s glam rock feel and he rocks it with a performance style similar to Empire of the Sun. 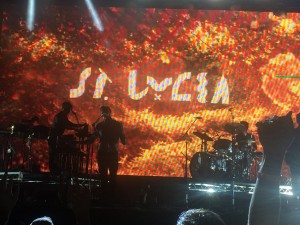 After St. Lucia, Zhu was quite a departure, but just as unique.  The artist who until recently remained anonymous kept himself mysterious throughout his set, covered by a giant screen which played his light show.  He slowed the tempo of the evening down quite a bit, but his set was by far the most sensual.  The crowd was forced to shift their attention from the mystery surrounding his identity to the stage in front of the screen when Gallant jumped on stage towards the end of the set, delivering some soulful vocals that would have made the King of Pop himself green with envy. 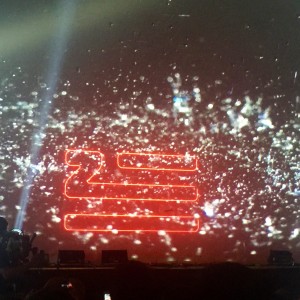 After Zhu, stopping by the set of the man who started it all, Giorgio Moroder was necessary.  At 75, the producer credited with pioneering electronic music still kills it.  He released his new album Deja Vu this years and his Ibiza-esque set included his new collaboration with Britney Spears, a remake of Tom’s Diner.   People were counting down to Jamie XX’s set all night, which can best be described as an explosion of sound and color from the Palms stage.  However, if you did not get an Instagram of The Flaming Lips’ L.E.D tinseled stage and silver balloons, did you even go to CRSSD?

After near-crippling security lines, a return to the Palms stage for Matoma started off the second day of Crssd. The crowd was pretty much the same that had been at the Palms the day before from SNBRN to Classixx and Holy Ghost. Matoma remixed everything from Top 40 to Biggie with tropical house, serving as a perfect lead- up to Kygo. 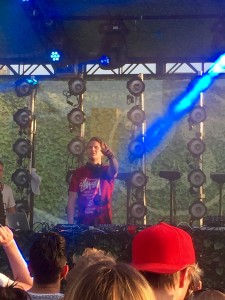 Kygo’s Ocean View show was everything a beach party should be. Picture this: several hundred of your closest friends and even a couple squads of inflatable flamingos, dolphins, and monkeys. The feel-good mood of Kygo lasted through Todd Terje’s set which could be described as slightly- silly fun with some 80s lasers added in for effect. However, after last night’s amazing vocals by Gallant, theres was definitely a craving for something a little more soulful. Banks was the answer.  She commanded the crowd’s attention as she prowled the stage every bit the femme fatale with the voice of an angel.  Brooding, yet sending love to the crowd at every spare moment, she ended the weekend on a high note. 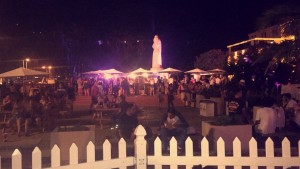