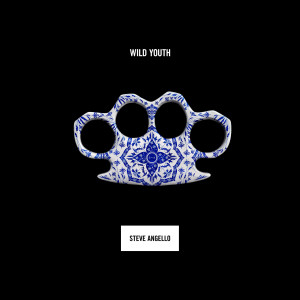 Steve Angello has broken the anticipation of a solo project with a debut album surpassing all expectations. The former member of world famous EDM group Swedish House Mafia, released the first chapter of his solo project Wild Youth in November featuring six unique tracks. The singles “Children of the wild” and “Wasted love” have already hit the radio waves bringing much positive feedback for the Greek-Swedish producer, DJ and record label owner. The album is the first of two chapters, where the second which will be available on January 22nd of next year.

Through alternating vocals and motivational tunes, Wild Youth sends the listener through a musical journey. True to his standard sound, Angello applies several electronic rhythms to his tunes while enveloping different samples to create a dance track very different to the standard. This unison of lesser used melodies can be noted on all the tracks.  He creates different moods through buildups and pauses while lyrics inspire.

All six of the tracks have a specific edge. Much like his former group’s sound, the track “Tiger” unfolds a break between the other vocally highlighted tracks. The progressive sound of the song gives electronic edges that are short and to the point, compared to other tracks on the album. “Prisoner” featuring Gary Go is the go-to track since it’s not too upbeat but has just enough dramatization to help you enjoy a bit of darkness. Finalizing with “The Ocean” featuring Julia Spada, the album ends with a guaranteed electronic hit.

As the producer assured the public, his album was created with the intention of incorporating different sounds without trying to reach for the global sound that EDM is so centered on. With the help and input of other artists including the Temper Trap, Angello was able to lyrically entail a message and further enhance it with his electronic background.

You can listen to the first chapter of Wild Youth below: