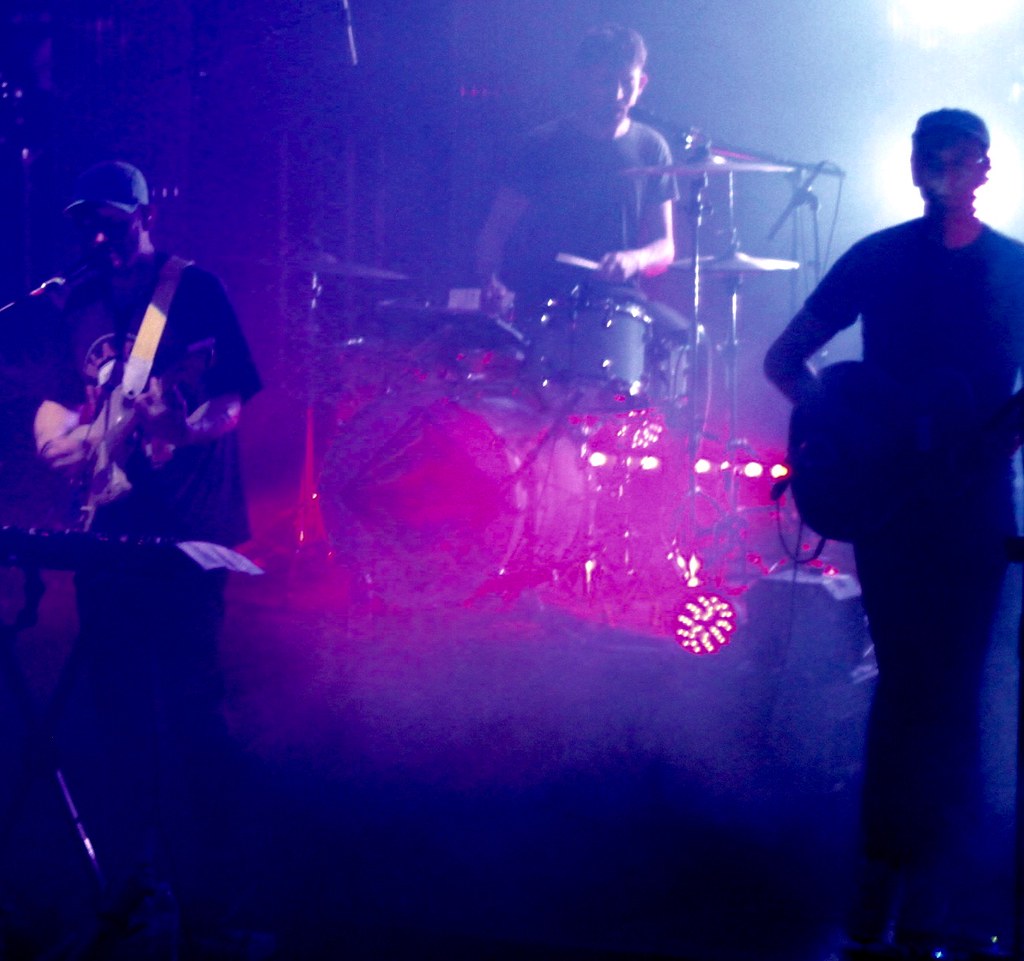 It’s been three years since STRFKR released the album Miracle Mile but that hasn’t kept the band away from hitting the road to connect with their fans. The trio has played a series of short tour runs lately, and even released the single, “Never Ever”, which fans hope will signal even more new material in the near future. The band is currently on tour with electronic producer Com Truise and darkwave band, Fake Drugs. An enthusiastic crowd greeted Com Truise as he opened the show with his brand of unique and captivating electronic jams. The energy levels were very high as the anticipation of STRFKR grew stronger by the minute. As the night proceeded to continue, floods of people hit the dance floor leaving a sold out concert at the Culture Room in Fort Lauderdale, FL.

A blue fog of ambient light filled the room as the bright-eyed crowd waited for the headliner STRFKR to hit the stage. When they finally hit the stage, the crowd went wild. Their energy was explosive as everybody began to dance, sing, cheer and move in bliss as their favorite musician came on the stage.

Many of the songs played were from their latest album Miracle Mile. As they played the newer songs, the crowd was ecstatic. It was evident that South Florida had long anticipated their arrival and had prepared themselves by knowing all of their songs. The crowd was dancing so much that anywhere you moved, somebody was moving with you.

One of the top songs of the night were “Malmo.” As soon as “Malmo” came to the fan, all perked up and instantly start moving heavily with the grooves and sounds. STRFKR was feeding off of the vibrations by jamming harder.

Another classic STRFKR song that came on was “Rawnald Gregory Erickson the Second.” The second that it came on fans just about lost it. You could hear everybody saying that they felt the band knew them because they wanted desperately wanted to see that song live. The level of excitement was felt throughout the entire room. During this song, Keil Corcoran went full force on his instruments let the strong beats hit the crowd at the moment.

STRFKR performance showcased their incredible talent in addition to their craft of their music. At one side of the stage, you could see Joshua Hodges completely at the moment as pictured below. He was playing as though nobody was watching with all out passion.