ALBUM REVIEW: Catfish and The Bottlemen – The Ride 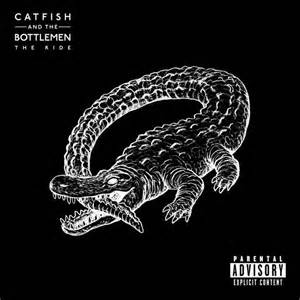 OK, I’m not a fan of that term, however, the bands and songs that came from the 2nd wave of the British Invasion were timeless. Bands consisting of Oasis, Blur, Pulp, Stone Roses, etc, they pulled you in so hard you felt like you were a part of the gang. They made you vulnerable at every chord progression, romantic during each verse, and majestic at each chorus. There have been few records that have reached that pinnacle in the past 20 years, Catfish & The Bottlemen’s 2nd effort The Ride comes extremely close.

Catfish & The Bottlemen couldn’t have had a better couple of years. The quartet from North Wales were honored with the Breakthrough Artist award at the Brit Awards, as well as the inaugural BBC Introducing Award for best live band. Their last record, The Balcony, sold 250,000 records providing the momentum and energy to tackle their latest effort. The Ride is an instantly likeable album with all the feels of your teenage years on a hot summer day driving with the top down, pretty someone by your side.

The refreshing thing about The Ride is that it is a complete album, and one that can be listened to from front to back with very little lull. The high-energy record clocks in at just under 40 minutes of pop perfection. First Track “7” is a hum along doozy complete with head-bopping glee. “Twice” is a barnburner single with anthemic chorus. “Soundcheck” pushes an attitude reminiscent of the Strokes but not as brooding. “Anything” will instantly be added to a mixed tape of driving music. Even the two acoustic tracks “Glasgow” and “Heathrow” albeit diminished, will provide a smile that hurts.

Catfish and The Bottlemen managed to make a record that sounds huge, yet straddles a line between unguarded recklessness, and secured safety. It’s these types of records that people gravitate to, holding close to their heart until they understand every nuance, and memorize every fluctuation and accent within the lyrics.

The band is primed to go nuclear in America recently performing on The Late Show with Stephen Colbert, and The Late Late Show with James Corden as well as bringing that spirit and vigor to a run of US shows beginning June 2nd in Buffalo, NY.