PHOTO REVIEW: Hotline Spring US tour end for The Griswolds and Magic Man 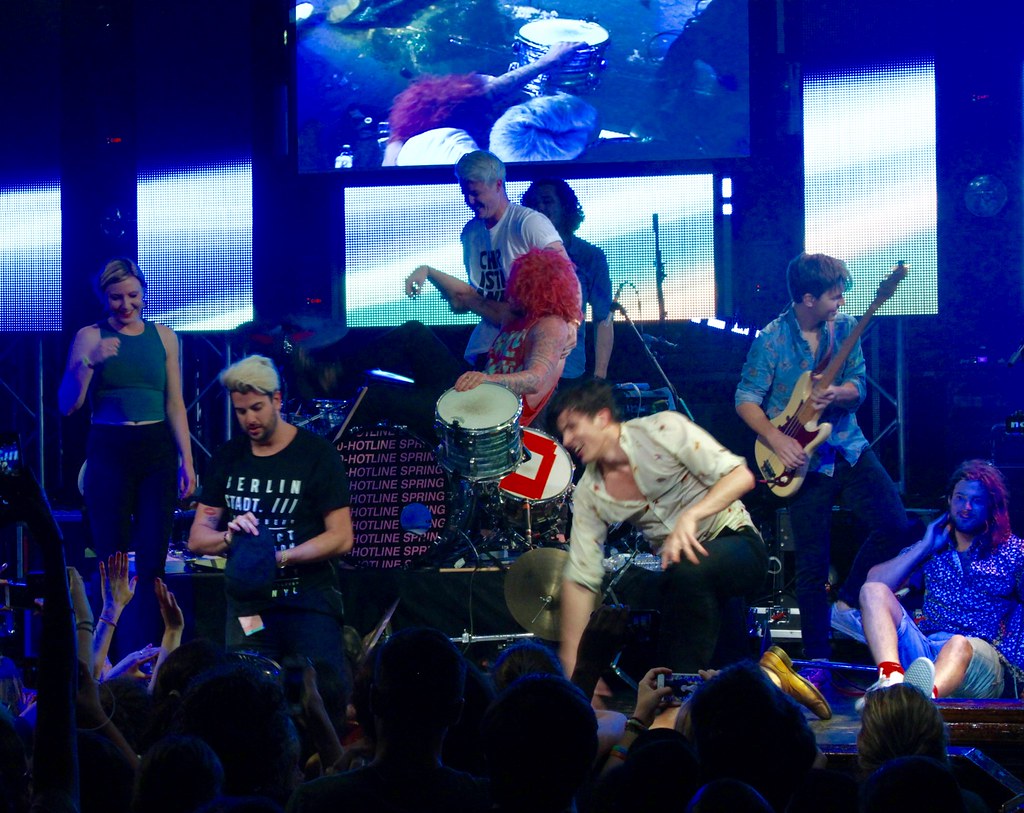 Hotline Spring tour featuring The Griswolds and Magic Man left Ft. Lauderdale, Florida fans in ultimate bliss. It was a special night for the two bands as it was the last show of the tour and The Griswolds’ drummer Lachlan West’s birthday. This show was indeed a unique and memorable night as energy levels were high in celebration.

The opening band had a different 70s British invasion vibe and style which got the fans ready to go for The Griswolds. “All Star” by Smash Mouth came on the background radio, and the entire crowd started to sing along. The fans had their musical blood pumping in their veins and were not afraid of getting into the moment.

The theme of the night seemed to be throwbacks which were highly appropriate for a Thursday. The Griswolds entered the stage to Shania Twain’s “Man! I Feel Like A Woman” it was slightly confusing at first, but the crowd loved it. The bar was set very high with their entry, and they did not fail to deliver.

Video effects through the night made it feel like you were in a disco spaceship. It had a purple, blue, and red ambiance that created the perfect dancing vibe. The rhythmic lights moved fluently with the music as if it was a dancing fountain on Vegas strip.

The Griswolds had a ton of favorite hits which created a very vibrant vibe and the hyper crowd, especially during “16 Years” and “Beware the Dog”. They ended the set with a few familiar songs and a Van Halen cover of “Jump.”

The Griswolds finished their set then Magic Man jumped onto the stage to continue the vibrant energy. Alex Caplow of Magic Man had a very charismatic stage presences. He indeed brought a similar tone of Freddy Mercury and Mac Jagger a rarity in today’s music world.

Throughout the set, the crowd was positively engaged, they went wild when the cover of Blink 182’s “All The Small Things.” The moment was bittersweet as most of the fans seemed to be from a generation too young to know the genre of song. The biggest hit of Magic Man’s set was a brand new song called “Young Blood.”

One element that stood out was the fact that this night ended the Hotline Spring tour, and both Magic Man and The Griswolds still performed a dynamic on-point show. It’s atypical for a band to be still enthusiastic on the last day as they were on the first. The two joined forces at the end with a tour finale and epic encore with a cover of R. Kelly’s “Ignition.”