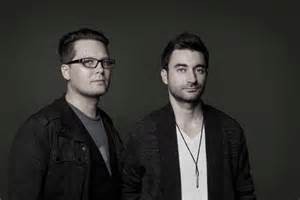 Ships Have Sailed are known for their pop savvy earworms unleashed in epic force on 2015’s record Moodswings. The Los Angeles duo has since then taken their songs and won numerous awards including The John Lennon Songwriting Competition, as well as showcased at varied locations including SXSW, Canadian Music Week, and NPR. It is clear that the two major players, Will Carpenter (guitar, vocals), and Dan Hange (bass), know how to write really good tunes, and it is refreshing to hear those songs stripped down to acoustic guitar and bare-bones production on their new 5 song EP Whispers.

The EP begins with the breathy and elegant “Lucky” where Carpenter eschews his loneliness into a plea for mercy. “Out of Time” is an upbeat, prophetic, song full of hope on the Moodswings record. On Whispers the song is vulnerable, with Carpenters falsetto growing icicles. “Criminal” is another off of Moodswings, with this version brooding and hypnotic full of sing-along wonder. “Home” is an original love song choked with longing and despair as Carpenter sings to an unknown person longing for their return.

As a departure from their sound, this EP stands on its own and is a refreshing take on the direction the band is headed. Unplugged records provide different perspectives on tired songs, as well as a new medium for an artist’s creativity to flourish. I hope this is the first of many for Ships Have Sailed.