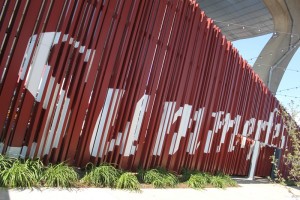 Set on the shores of Lake Michigan in downtown Milwaukee, Summerfest is listed as the World’s Largest Music Festival. The festival is 11 days long with 800+ acts across 11 stages on the concert grounds bringing a range of diverse music. 2016’s lineup includes Paul McCartney, Sting and Peter Gabriel, Luke Bryan, Weezer, Willie Nelson, and Pitbull, among others. Behind the headliners, the 45+ food and beverage vendors, interactive exhibits, and shopping marketplaces, there is a bevy of activity that truly brings home one of the largest parties in North America and we have a bunch of acts you should learn about for this year’s Summerfest festival.

Neil Finn is a founding member of 2 of the 80’s most iconic bands in Split Enz and Crowded House. The latter going onto international stardom with their hit “Don’t Dream It’s Over”. Finn has 3 solo records under his belt with a new album coming in 2016.

Mike D, is 1/3 of the influential and multi-platinum hip-hop giants the Beastie Boys. The group rose to prominence with 1985’s Licensed to Ill, followed by 1988’s Paul’s Boutique, 1991’s Check Your Head, and 1994’s Ill Communication. The Beastie Boys were inducted into the Rock N Roll Hall of Fame in 2012.

The Decemberists took a break after their 2011 critically acclaimed record The King is Dead to focus on other projects including vocalist Colin Meloy’s epic YA Wildwood novels. The Portland, OR bands last album, What a Terrible World, What a Beautiful World, was released in 2015.

Former Toy Soldiers vocalist, Ron Gallo, is a rock n roll purist who has one solo record under his belt, and another entitled Heavy Meta coming in late 2016. Gallo also runs the American Diamond record label from his home in Nashville, TN.

Hailing from Austin, TX, The Rocketboys have been featured on many popular prime time series including Glee, Private Practice, and Elementary. The band released the Left / Right EP in 2015 and has logged 700+ shows in 2016.

Young the Giant is a Southern California indie band with sun shiny pop hooks with many textures and layers to their sound. Their new record Home of the Strange is due to be released in August of 2016.

The Young Wild hail from San Diego, Temecula, and Hawaii taking those geographical influences, along with jazz, classic rock, and Motown combining them into a type of “new wave with an old soul”. The band is currently signed to Fairfax Recordings.

The Young Wild - Not a One (Official Video)

Joe Jackson is a multi-instrumentalist and composer from England. He has released 19 studio albums with the most notable being 1982’s Night and Day and the hit single “Steppin Out”. Jackson is set to release his first collection of new music in seven years with Fast Forward.

BoDeans have been a band for 30+ years and have opened for such large acts as U2, Paul Simon, and The Pretenders. Rolling Stone Magazine named the band to the poll for Best New American Band in 1987. Their music will be featured in the new Netflix original series titled The Ranch with Sam Elliot, and Ashton Kutcher.

The Wombats are an English band formed in 2003 in Liverpool. The band has recorded three studio albums including 2015’s acclaimed Glitterbug. The band has been honored with the Best UK and Ireland New Act at the 2008 MTV Europe Music Awards.