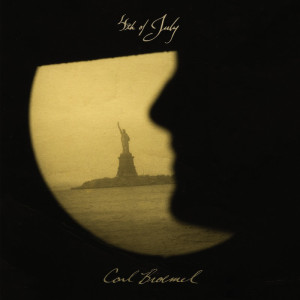 Carl Broemel of My Morning Jacket has released the track “Snowflake” from his forthcoming solo LP, 4th of July due out August 19 via Stocks in Asia/Thirty Tigers. Broemel tells SPIN, “’Snowflake’ is partly influenced by the interesting but questionable book ‘The Hidden Messages in Water’ where a scientist flash freezes water drops while participants think happy or sad thoughts. Positive thoughts made beautiful snowflakes and negative thoughts made messy ugly shapes.” The track is an instant download with album pre-order along with the first two singles “Sleepy Lagoon” and “In the Dark”.

Broemel is currently on tour as a member of Ray LaMontagne’s band with a full solo tour coming in October. Carl Broemel solo tickets are on sale now.