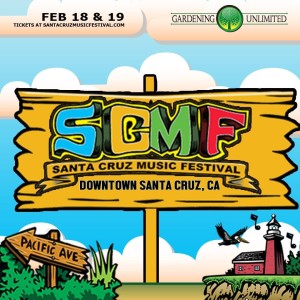 In October of 2015, over two thousand patrons, creators, and musicians took to the streets of downtown Santa Cruz, CA making the third iteration of our event the most successful one yet. This year the organizers of the Santa Cruz Music Festival have planned a full-blown sonic take-over of the historic downtown area, linking together 11+ downtown Santa Cruz venues for a two-day musical marathon. Just like the past three festivals, SCMF has passionately and carefully curated a lineup of more than 200+ bands, internationally known acts as well as hard-hitting local Santa Cruz and Bay Area artists and performers over 15 stages. Enter to win your free passes from B-Sides!