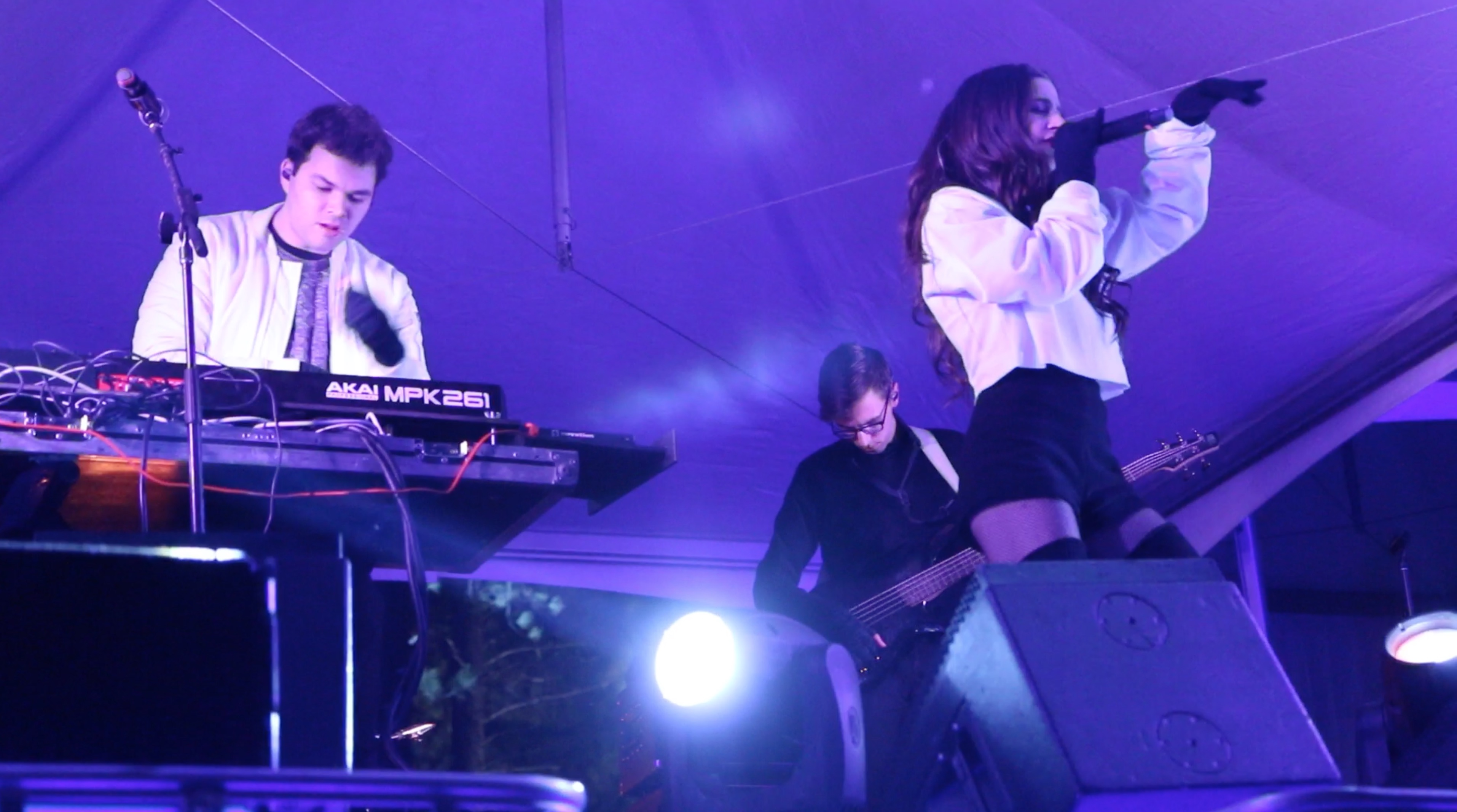 Songwriting duo Marian Hill, comprised of of producer Jeremy Lloyd and vocalist Samantha Gongol, first met each other while in middle-school in Philadelphia. They didn’t start playing music together until college, combining the names of the two protagonists in the musical The Music Man to reach the name Marian Hill. Together with saxophonist Steve Davit, they found their signature R&B and electropop sound, releasing their EP, Play, in 2013 and Sway in 2015. Their debut album Act One, was released in 2016, but their big-break really came when their song “Down” was featured in a popular iPhone 7 commercial. Gongol recalls thinking how the ad was “just so beautiful – they nailed our aesthetic. Apple’s an iconic brand. We grew up watching those commercials. And [knowing that] artists have had incredible careers after [being featured in Apple ads] was really exciting to me.”

After the commercial came out, they were Shazam’s #1 tagged artist in America. Marian Hill recently caught up with B-Sides to talk about their music and life on the road while at the SnowGlobe Music Festival in Lake Tahoe, CA.