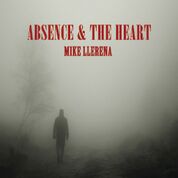 Gainesville, FL has always been a lightning rod for great rock music. The home of The University of Florida provides a cradle for up and coming musicians that served as jump starts for original acts from Tom Petty to Against Me! and everything in between. This is the same place that singer Mike Llerena calls home, and drives his DIY ethos like those that came before.

Llerena recently released a 4 song EP entitled Absence & the Heart that culls as much influence from punk as it does folk, much like the city where he is from. The record is four tight songs that showcase the singers songwriting ability. Lead son “On the Way back Home” is a top down, summer jam meant for end of movie credits. “End of the Line” is another poppy, loud, and fast gem with head-bopping chorus. “Dear Lonely” is an acoustic gem with a twang in Llerena’s voice that brings the heartbreak. “Lady Rock & Roll” brings a 70’s rock sheen. Lead single “Rosanna” is a fresh and ready 50’s vibed out radio single that could be an anthem for Spring cookouts everywhere.

I love when artists put themselves out there, especially the DIY artists. Llerena’s record may not be perfect, there are some songs where his voice comes on a little strong, but its good music with a good vibe and sometimes that is all we can ask for. Check out the single for “Rosanna” below.

against me Mike Llerena Tom Petty