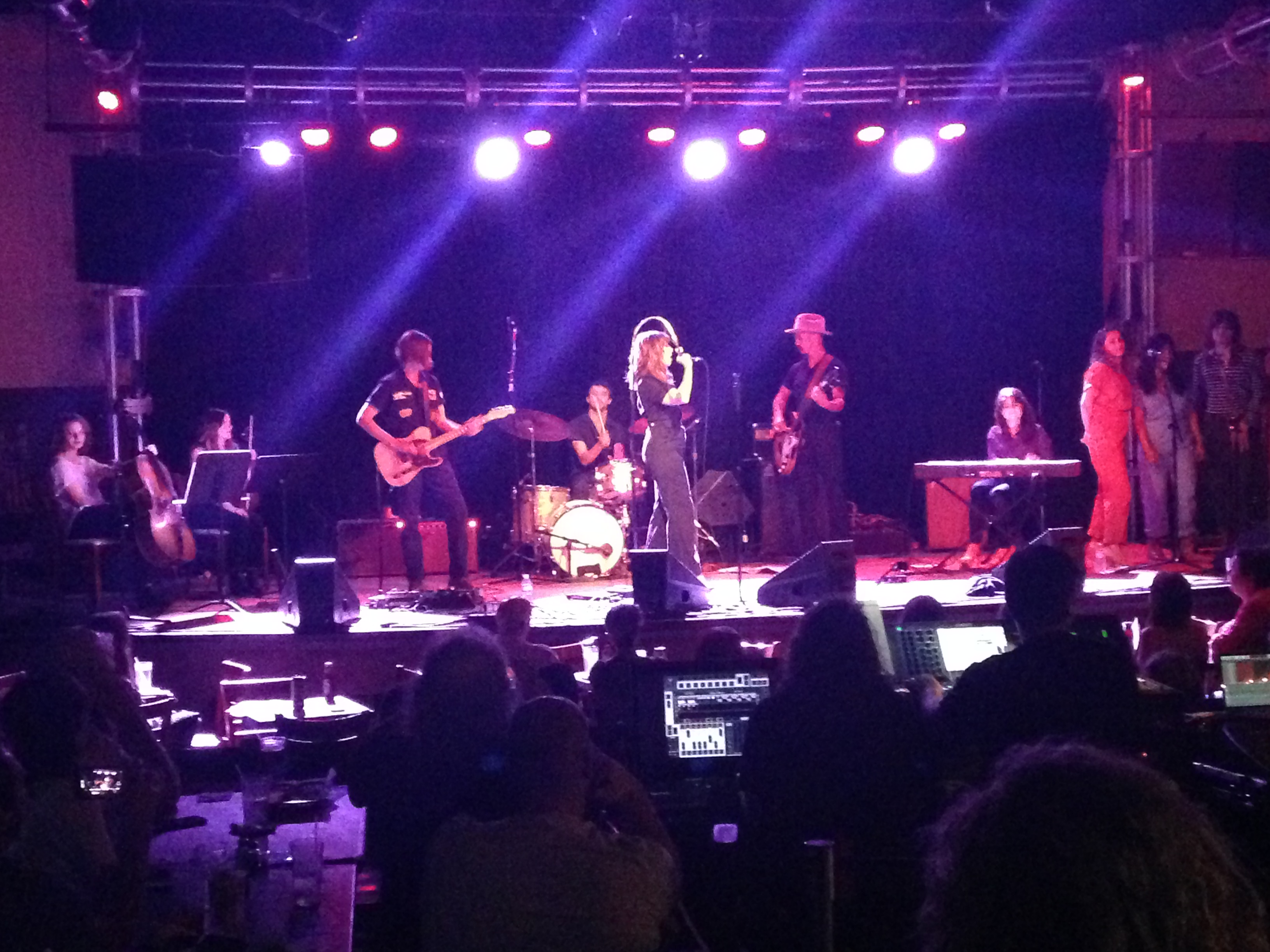 “Walkin’, spend a lot of time walkin’ /  That’s what people do, getting over you.”, Nicole Atkins softly sings commencing her set in celebration of her fourth album, Goodnight Rhonda Lee, released July 21.  It’s obvious the illustrator turned singer-songwriter is comfortable and excited to be on stage sharing her latest compositions, drenched in soulful, 1960s pop.

The New Jersey native, and recent Nashville transplant, took the stage and instantly tore into the first three tracks from the new album;”A Little Crazy” an apologetic tune about the pain caused after the loss of a lover, “Darkness Falls So Quiet” a casual, lonely groove, and “Listen Up” an anthem about learning from mistakes, and not wallowing in self doubt.  Nicole does not miss a beat, her backing band equally as tight and very obviously enjoying each note.  Equipped with a cello and violin for the first half of the set, the band consisted of surfy reverb guitar, electric piano, an incomparable rhythm section of electric bass and a small drum set, and various back up singers that seem to go and come as needed from backstage. The musicians flawlessly perform some more numbers from Goodnight Rhonda Lee, retaining the albums polished and yet retro vibe.  “Sleepwalking” with its dreamy simple guitar and tempo like a casual stroll through a park.  “If I could” and “Colors” then of course the title track “Goodnight Rhonda Lee” which could easily be mistaken for a song written in the early ’60s.

Nicole interacts with the crowd like speaking to a few close friends, small banter on personal subjects, even confiding in the crowd about her recent victory over alcoholism.  The role of frontwoman is natural, she is no diva, but the mesmerizing soul in her voice leaves the listener with no choice but to categorize her in a league of her own.  Nicole throws in a couple of older songs including “Cry, Cry, Cry” from the 2011 release Mondo Amore.  “A Dream Without Pain” hauntingly follows, epic and moving. 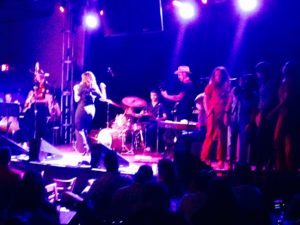 The evening winding down, the stage fills with back up singers and the band plays the final song of the evening, an incredible cover of “Dedicated to the One I Love” a lovely song that has seen many versions since the late fifties when it was written.  The bold move to end a set on such a tough, vocally driven song could be seen as a risk, but Nicole Atkins and her band performed one of, if not, the best version I have heard of the song.  Nicole will be on tour in the north east, and midwest through the fall and all music lovers should keep an eye on her.