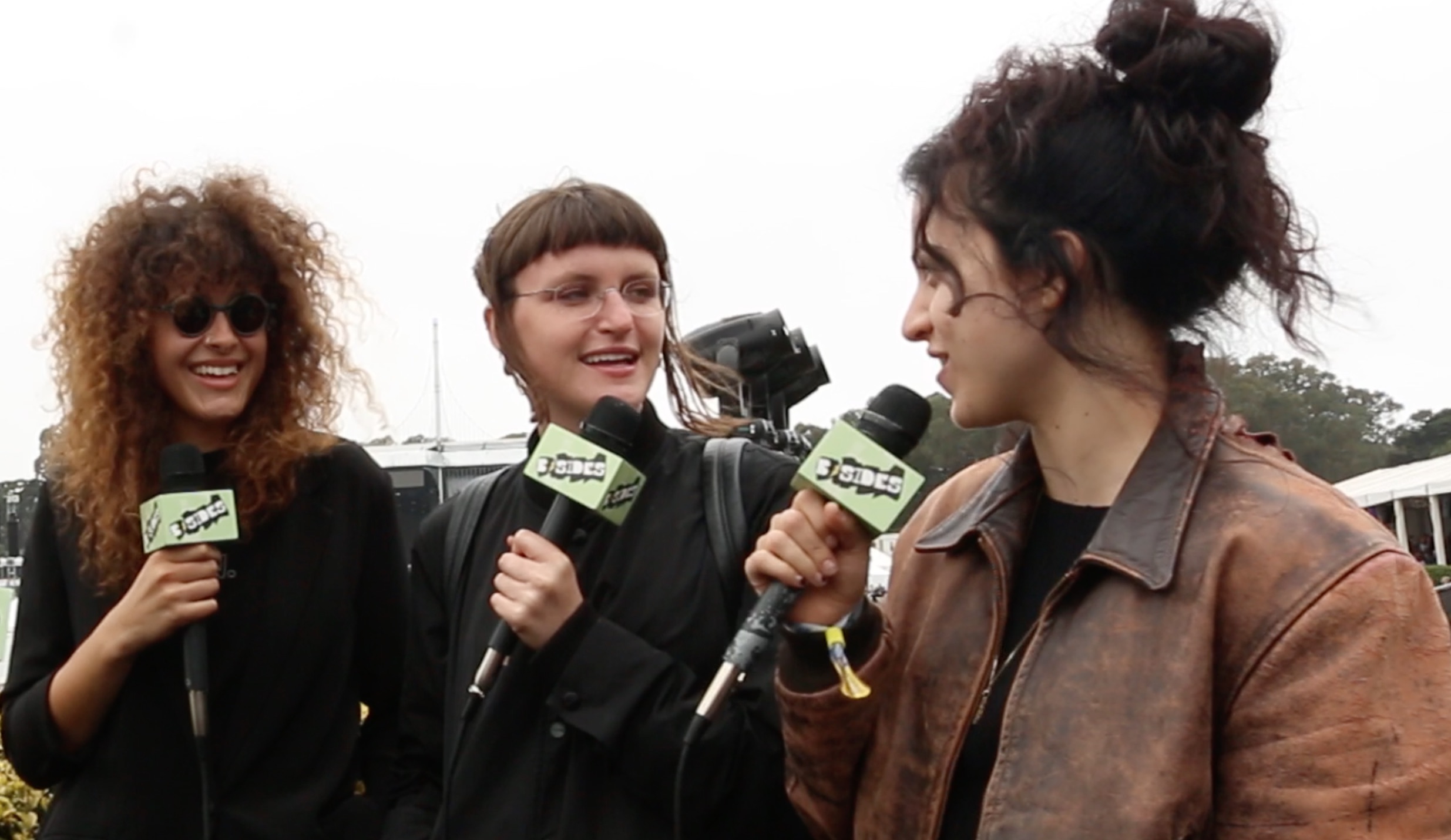 VIDEO: INTERVIEW – MUNA at Outside Lands 2017

MUNA is a Los Angeles dark-pop trio who formed in 2013 after all meeting at a party at USC, where Katie Gavin (vocals), Josette Maskin (guitar), and Naomi McPherson (guitar) all attended school together. They began to jam as a trio and a catchy brand of pop laced with dark lyrics emerged. The band all identify as queer and see themselves as role models for their community. McPherson describes how, “It would have meant a lot to me when I was, say, 12, to know of someone in a band and think they were cool and know they were out…I am out and I feel safe being out because the three of us are a little army for one another. I don’t feel afraid to be myself. That makes me proud to be queer. That’s the whole point of why we do this. We want a safe haven.” MUNA’s first EP, More Perfect was released in 2014, followed by 2016’s Loudspeaker. Their full-length debut, About U, was released in spring 2017.

MUNA has toured with Grouplove and Harry Styles, as well as numerous festivals in 2017. B-Sides caught up with MUNA at Outside Lands 2017 to talk about their growing recognition, playing Outside Lands at Golden Gate Park and more: