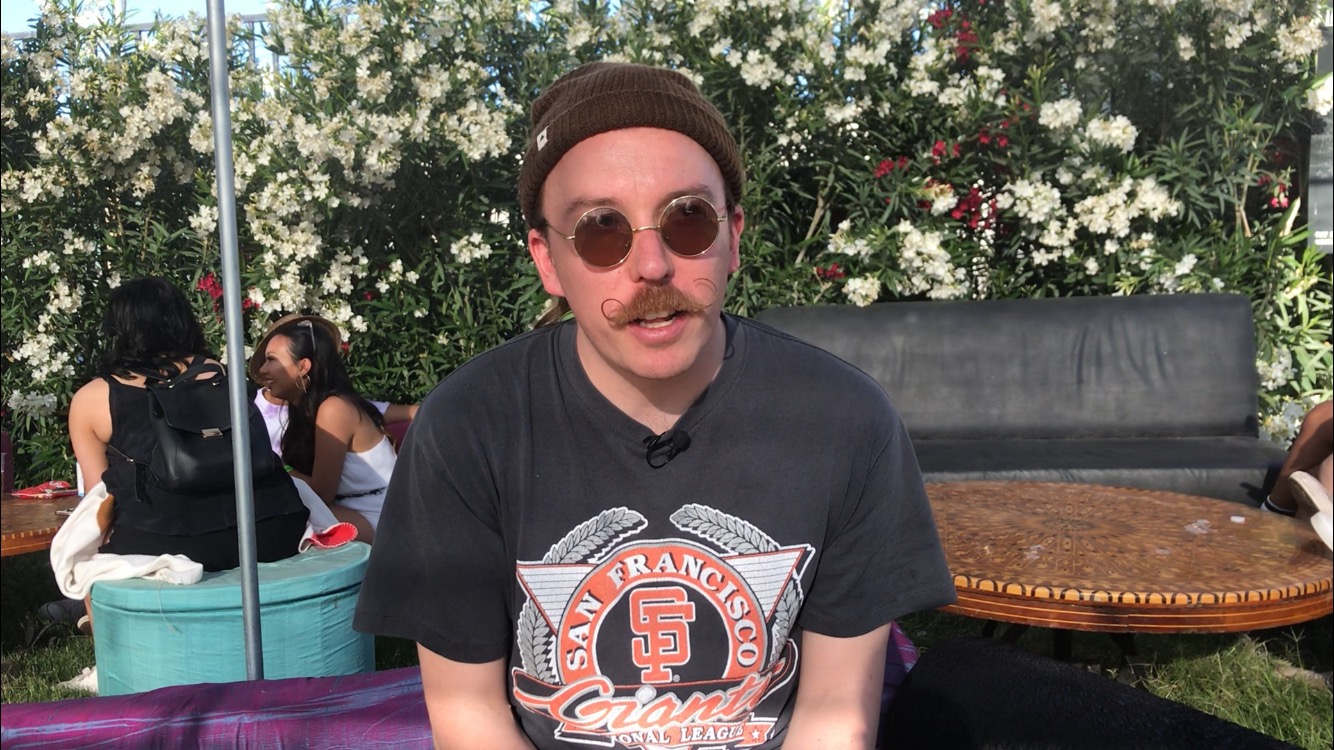 INTERVIEW: Luttrell Talks Coachella 2018, Touring With Lane 8, Above & Beyond

Producer and DJ, Luttrell started off 2018 with a flurry of activity coinciding with the March release of his latest EP. Intergalactic Plastic, via Anjunadeep. The material is inspired by numerous influences from the sunsets of his hometown of San Francisco, to DJing at Burning Man and has gotten strong support from BBC Radio 1, while garnering over 3.9 million streams on Spotify. Luttrell has played major venues on both sides of the Atlantic, from Exchange in LA to London’s Phonox and has already toured with fellow Bay Area native, Lane 8, as well as opening for Above & Beyond and Lane 8 on their recent US tour. Luttrell was invited to play the Do Lab at Coachella 2018, where B-Sides caught up with the Bay Area native to talk about his feelings on playing the iconic festival, preparing for the Coachella crowd and more.

B-Sides: Congratulations on the invitation to play Coachella!

Luttrell: Thanks! I’ve been to Coachella in 2012 but this is my first time performing. It’s pretty exciting.

B-Sides: How did you find out that you were asked to play Coachella? Was it via phone, a text or a surprise party?

Luttrell: It was an email from management that said, “hey, you play the Do Lab if you wanna do it.” I was like, of course, obviously.

B-Sides: What were some of the outstanding moments that you got to experience from the last time you were at Coachella and how are you preparing for you set to make an impression on people here this year?

Luttrell: This was like six years ago, but that was the year they did the Tupac hologram and that was cool. For my set, hopefully people like it, you won’t actually know until you get going. It’s always a little nerve-racking, but once things get going, the nerves go away.

B-Sides: You’re fresh off of coming off some recent tours including a tour with Lane 8, another Bay Area guy. How was that?

Luttrell: Yeah, we actually grew up one town apart. I grew up in Redwood City and he grew up in Menlo Park but never knew each other. It wasn’t until we were playing shows together when we got to know each other. It was kind of crazy. Touring with him was great, his crowds were responsive to my music, it was a good time.

B-Sides: During that time, you were also on the road with Above & Beyond.

Luttrell: Yeah, the Lane 8 tour and the one with Above & Beyond were both happening at the same time. There were many times where I was flying around to catch up with the other tour, which was really busy but awesome. Above & Beyond crowds are huge and the most positive, happy nice people. Getting some of their fans have been great.

B-Sdes: As a support act, was there anything you learned or took away from working with an act like Above & Beyond, who draw huge crowds and even have their own festival?

Luttrell: It was really cool. Those guys are into their 40s and are still just as passionate as ever, working on their music and even their Group Therapy mixes. They connect with their fans really well.

B-Sides: As you’ve grown as an artist, and you observe your peers in live settings and the techniques they use to take the crowds to the next level, how do you go about creating mixes and putting together sets that take the audience on a journey and how does it differ in an environment like Coachella?

Luttrell: It’s different every time, like today, I know the crowd just wants to dance and have fun. So, it wouldn’t be the right time to go with a track with a three-minute orchestral build up. That may be something that could work early in the day or super-late night but today people are into dancing and having fun.

B-Sides: Intergalactic Plastic is your latest EP and congrats on getting some great recognition for it!

Luttrell: Yeah, thanks! It’s my third EP with Anjunadeep and it’s been one of my favorites. Lots of melodic house and techno music and gotten a lot of support from BBC Radio all their DJs. It seems to be connecting well with my fans and getting new fans so it’s been great.

B-Sides: This is your third EP in the last year and half or so. Is this a build-up to a full-length or is it an outlet for you to do something different from The M Machine?

Luttrell: Definitely, Mellon Collie and the Infinite Sadness by The Smashing Pumpkins. That was my favorite album growing up, probably of all time. That’s a double-album too so it’s twice as cool. I grew up listening to a lot of Nirvana, West Coast hip-hop like Dr. Dre and stuff like that. I try to keep some of those melodic ideas and things that I grew up with in mind when writing my music.

B-Sides: Finally, as we are both based in the San Francisco Bay Area, we’ve seen a lot of changes in terms of the art community getting smaller due to gentrification and the evolution of neighborhoods. What has your experience been like with the changes and how are you continuing to adapt and work?

Luttrell: Well, I spend a lot of money on rent, that’s no joke. But thankfully, I make enough to get by and hopefully one day I’ll be able to buy a Victorian in San Francisco or something like that. I know a lot of people in the arts and in the service industry in San Francisco, who are still able to find places that are cheap, so those places still exist. The arts scene is still thriving, but it is smaller because a lot of artists don’t make much money and if you don’t make enough money, you can’t live in San Francisco. There are lots of great artists out there though, especially musicians, lots of jazz musicians.