REVIEW: Capital Cities & A-Trak at an Oasis in Puerto Rico 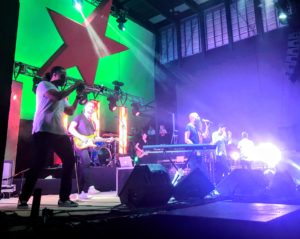 Kicking off summer in the sun-filled paradise island of Puerto Rico, Heineken The Oasis brought local and international musical flair to an unforgettable beach party. Amidst the hot, sticky, colorful and bustling city of San Juan, The Oasis greeted hundreds of people ready to dance. Situated on the breezy Caribbean coast, the massive beach venue was perfect to get some good times in. With an indoor stage hosting some of the best local electronic music it was effortless to get some dance moves going. The massive outdoor stage allowed viewers to move about in the sand, splash in the pool or enjoy from overhead balconies throughout the evening. 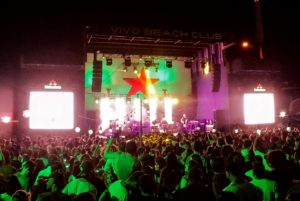 Opening the night with cool uptempo vibes were Los Walters. The native band led The Oasis with their signature eclectic Spanish indie hits. Focused on dark sounds and melodies infused with electronica, Los Walters is one of three musical projects that have come from the duo’s experiences while living and learning in various cities including San Juan, Philadelphia, Barcelona, São Paulo and Miami. Their music video for “Mayagüez” that debuted last month, encapsulates a fun road trip with friends around the beautiful island of Puerto Rico.

Capital Cities warmed the stage with their energetic stage presence. Through crowd favorites and moves that almost seemed choreographed, they had everyone jumping and swaying to the music. This duo has been around since 2011 when they first released their debut EP with lead single “Safe and Sound”. They have continued their musical career touring and performing with their phenomenal band including trumpet, xylophone, and bass. If you haven’t been mesmerized by their music video for “Kangaroo Court”, make sure to give this a watch.

Late night vibes fully took over once EDM veteran A-trak started playing on the turntables. Mixing some new with some old, the Canadian DJ had no problem bringing the heat. Having started his music career almost two decades ago, A-trak has dabbled in a series of projects that have made him one of EDMs biggest contributors. To name a few, he’s brought us “Barbra Streisand” via Duck Sauce, the famous “Heads will roll” remix and the latest remix of Charlotte Gainsbourg’s “Sylvia Says” 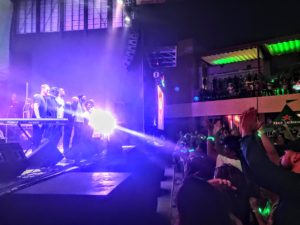 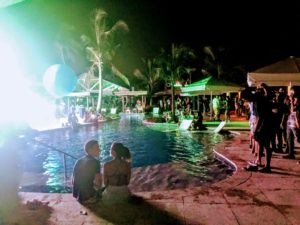