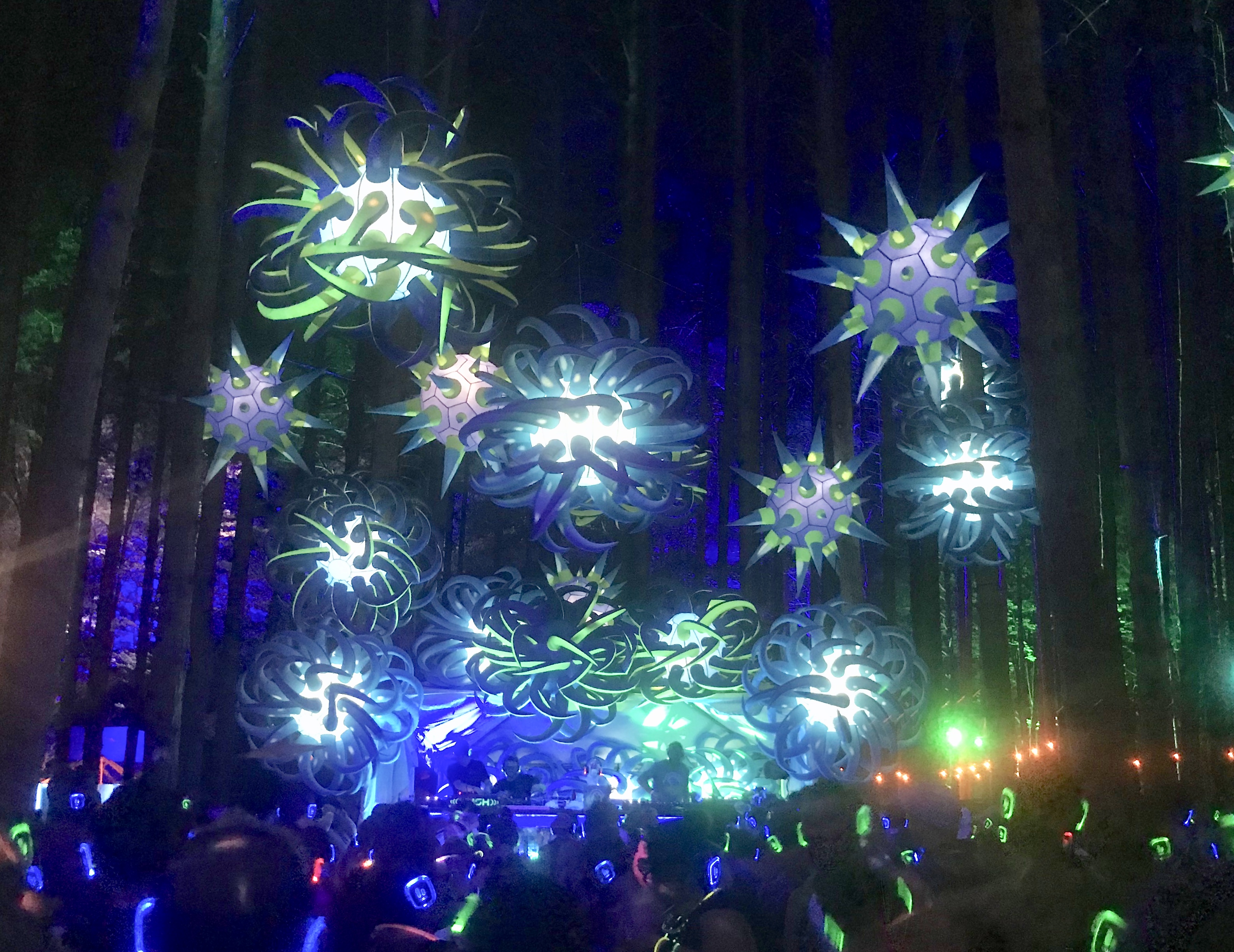 REVIEW: Electric Forest Only Gets Better

There is so no end to what you can discover at Electric Forest. As one of the most famous music and art festivals, it offers all sorts of things to engage and mesmerize your senses making it hard to stay on track. For eight days, people come together to create a magical atmosphere that revolved around music, art, community, and growth. Providing a magical escape for its 10th year, this mystic festival keeps growing and improving.

What is typically a resort in the farmlands of Michigan, transforms to host thousands of campers for two weekends. Artists, teachers, musicians, and vendors unite to curate a festival that delivers an atmosphere to embrace your inner child. A stellar line up of electronic, rock and funk intertwined with astounding visual art and a positive atmosphere to bring and unforgettable experience for its 10th year. Electric Forest creates a vibe so thick with “camaraderie and freedom…it must be experienced to be appreciated.”

Attending the second weekend was attending a non-stop party that left your feet and heart on fire. Top of the line production rounded off the adventure of seeing your favorite artists in a mystic forest. From all the great music found over the weekend, highlight sets came from Space Jesus, Jauz, Bassnectar, Rüfüs Du Sol, Magic City Hippies, Malaa, Griz, and Zhu.

The impassable line-up was only the tip of the iceberg of the EF experience. Sherwood Forest has been noted as the most well produced and artistically inspired area ever seen at a music festival. Offering an escape from the hot sun, hundreds of hammocks draped between clustered trees during the day. Intricate and earthy artful touches popped from interactive installations and gathering spaces.  As the sun went down, the entire forest was showered with admirable light displays, impromptu “secret” parties, and other-worldly characters.

The most climactic moment of Electric Forest came during the traditional Saturday night String Cheese Incident performance. As the band jammed out to their own version of Johnny Nash’s “I Can See Clearly Now”, immense balloon clouds began to float over the crowd as a rainbow of gigantic beach balls bounced beneath. A string of lights appeared on the horizon and began to ascend into the sky. Everyone was left in awe as drones began to illustrate patterns and figures against the night sky. They danced and twinkled finalizing their choreography with “EF” written out shortly before giving way to an astonishing firework display. To add to the impressive finale, confetti and glitter filled the air as fire dancers spun to the music.

Over the course of the two weekends, there was also an abundance of opportunities to learn and share within the Forest atmosphere. Speakers hosted panels to teach positive change and promote personal growth. One of the most essential projects was the Prize Cart. At the end of performances, a theme song mixed and pasted by contest winners announced a chariot that gave prizes to participants who helped collect trash off the dance floor.

Artists were also able to benefit from the two-week experience. For the first time ever, a writing camp brought together artists including Justin Jay, Golf Clap and other to work in a creative and fun environment. Curated events further allowed artists to develop a more personal project for the festival as they took over stages and curated their own set lists. Different brands united and ended up creating unique playlists worth checking out.

Bassrush brought great bass music over the two weekends creating a playlist including Boombox Cartel, Jauz, Netsky, G Jones, Herobust, Cookie Monsta and many others.Desert Hearts threw a techno gathering focusing on the underground movement with artists including Mikey Lion and Doc Martin. Mr.Carmack presented the Forward Thinkers curated set brought listeners through a journey of music that evolved as the sun went down featuring a span of sounds by Tsuruda, Devin The Dude, and more. The La La land curated event by Green Velvet shared house and techno sets that stayed true to its Chicago origin.

The Mou5trap family came together and played deep into the night with original tracks finalizing with the darker deadmou5 alter project Testpilot. Other artists in the line up included Lane 8, Chris Lake and Claptone. Rufus and Friends curated event was found deep in the forest, all you had to do was follow the deep house sounds vibes between the trees. The line up included a Rufus Du Sol and Hayden James (DJ Set) among others.Soulection united artist from all parts of the world entertained the spirit through soft and soothing sounds. The Ninja Tune curated set featured a Bonobo (Live set), thunder cat and others. This has been the only official Ninja Tune Stage in the US this year.