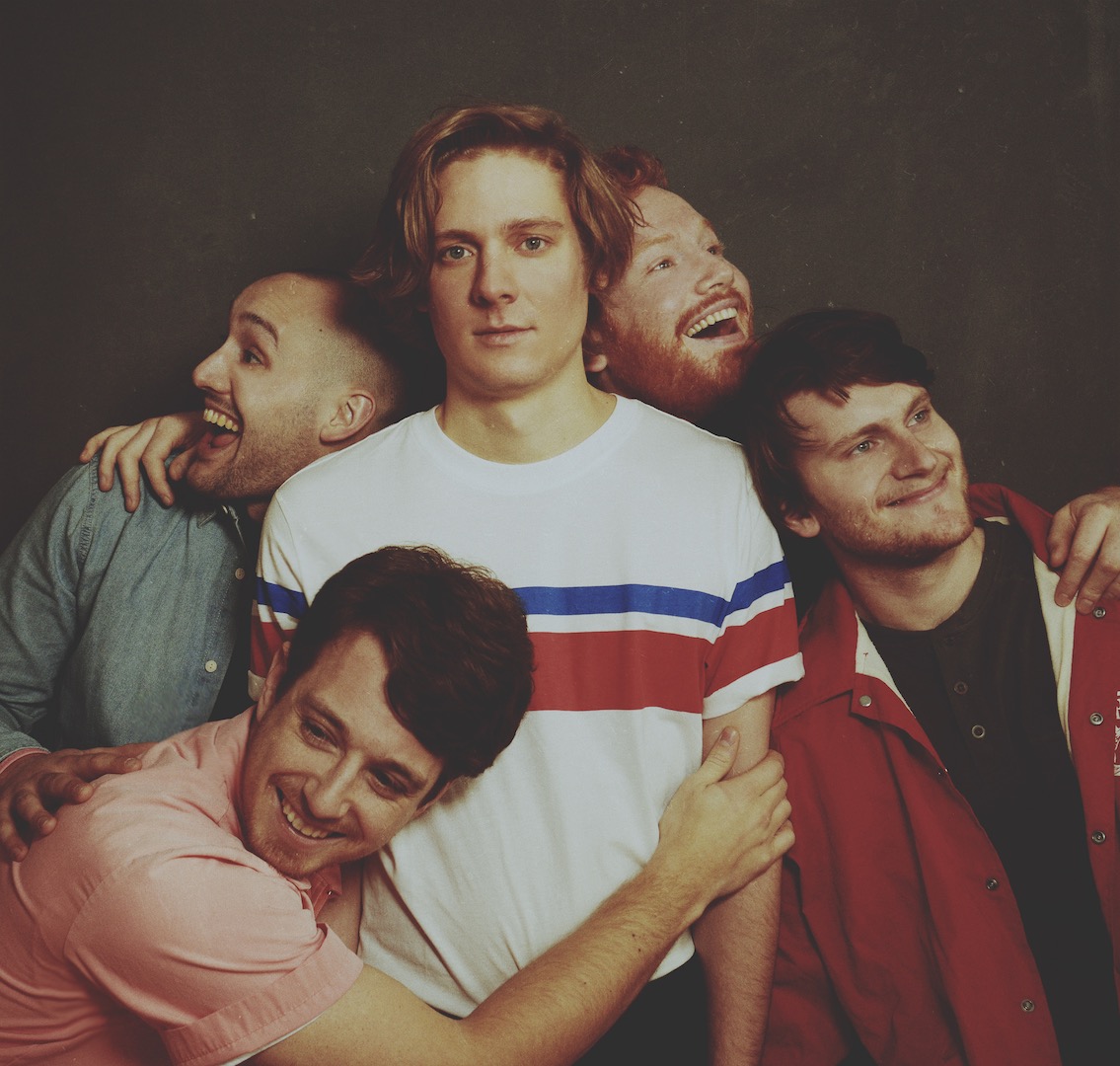 When Future Generations debuted with their eponymous album in 2016, the band was received with great enthusiasm. Standout tracks like “Stars,” “Coast” and “Rain” were fan favorites during the band’s live sets and provided a solid foundation for what lay ahead. The Brooklyn-based band that started out as a trio, expanded to a five-piece as Devon Sheridan (bass), and Dylan Wells (percussion), who had worked with the band, were official members joining Eddie Gore(vocals/songwriter, Mike Sansevere (synthesizer, guitar, percussion) and Eric Grossman (guitar). Now, with the release of their sophomore album, Landscape on September 14, 2018 via Frenchkiss Records, the band has a sound that’s incredibly catchy and showcases the band’s growth. Lead singer Eddie Gore took time off from reading the book ‘I’ll Be Gone in the Dark’ by Michelle McNamara to speak with B-Sides while traveling on their tour recently about the new album, how it was a cleansing and therapeutic process for him and more.

Landscape was produced by Justin Gerrish (Vampire Weekend, Hamilton Leithauser) and the addition of Sheridan and Wells added what Gore described as “new flavors to the band’s sound”. In particular, with Wells on percussion, it allowed for Sansevere and Gore to experiment more with various sounds around the different and new drumming techniques. The additions to the band were a natural fit, as Gore stated, “I’d never been in a band before, so I didn’t know what to expect. But we’re all super close. We’re very close friends and that in itself permeates in the sound and the music and the collaboration that we have.” The title tracks “Landscape” and “All The Same” are resonating with fans and the recently released video for “Landscape” shows the band’s lighter side, with a humorous take on television sitcom opening credits.

With more life experience under their belt, it’s understandable that Landscape comes from a snapshot in time during one of Gore’s more difficult moments. Gore went through the ending the first significant relationship of his life, and the creating the songs for the album was a therapeutic process. The album’s first single, “All The Same”, one of the oldest songs on the album was actually written after the demise of the relationship and sound inspired from the band’s experience at SXSW in 2017. “The band was going through a punk phase and we really liked a lot of the punk bands that we saw and we were inspired to put that kind of energy into our music. We went and wrote “One More Problem” and “All The Same”. Those two songs have the similar type of energy but they come from a different place when you hear them now,” stated Gore.

Having started out as a band while attending Fordham University, Future Generations early music was written in their dorm rooms without the intention of actually playing music as a career. Gore stated, “we just did it because we loved getting the band together and play shows. Whether it’s in font of five people or five hundred people, it’s just a passion for all of us. We all just truly enjoy music”. Although the band expanded, there weren’t any compromises made just to accommodate the live interpretation on-stage. Gore stated, “we kept that in mind but we really just wanted to make the songs the best they could be, regardless if we could figure out how to play it live. We were like, let’s just make the songs how they’re supposed to be and figure it out later.” Now with more focus on their individual contributions on-stage, there’s a sense of looseness and ability to stretch out their stage presence. When asked if there was a band member who tends to get a little more animated and active on-stage, Gore admitted it was himself, stating, “I’ve been able to step out from the keyboard a little more and it’s nice to move around. It’s my natural fit. I like to move around quite a bit.”

With a growing fanbase, a lineup that’s solidified and sound built for dancing, Gore will have a lot more company moving around during their shows.