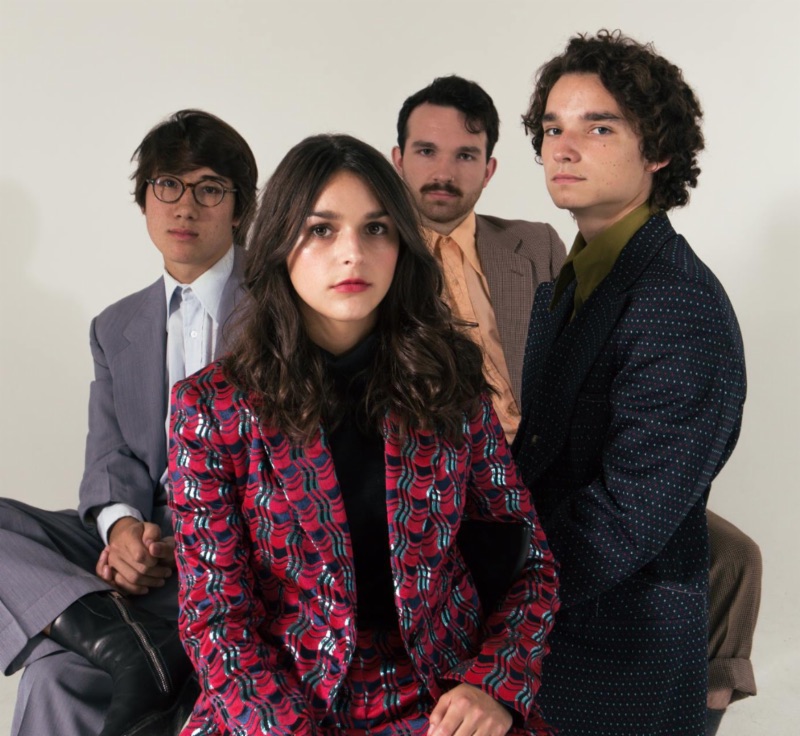 Missouri 4-piece band The Greeting Committee (singer Addie Sartino, guitarist Brandon Yangmi, bassist Pierce Turcotte, & drummer Austin Fraser) all met as teens in high school. Addie, who spent time taking guitar and voice lessons at Music House School of Music in Kansas City, wanted to form a full band and recruited friend Brandon(who also attended Music House) to help with songwriting. Ironically, both their mothers tried setting them up to date and although it didn’t work out that way, what came about was a bandmate relationship. Brandon picked the band’s name after seeing Beatles member John Lennon wearing a shirt saying “Greeting Committee” and took a liking to the welcoming warm feeling it conveyed. Between high school classes in their native Kansas City, The Greeting Committee quietly stirred up a following with their 2015 debut EP It’s Not All That Bad, which caught the attention of Lazlo Geiger, a radio personality from 96.5 The Buzz. The lead single “Hands Down” impressively generated 10 million-plus streams as the band went on touring with the likes of MisterWives, Tennis, The Mowglis, Saint Motel, and Andrew McMahon in the Wilderness, as well as making a splash at Lollapalooza and SXSW.

B-Sides spoke to The Greeting Committee about recording their debut album This Is It, how the songs have changed with the live interpretation and more. Check out the interview: