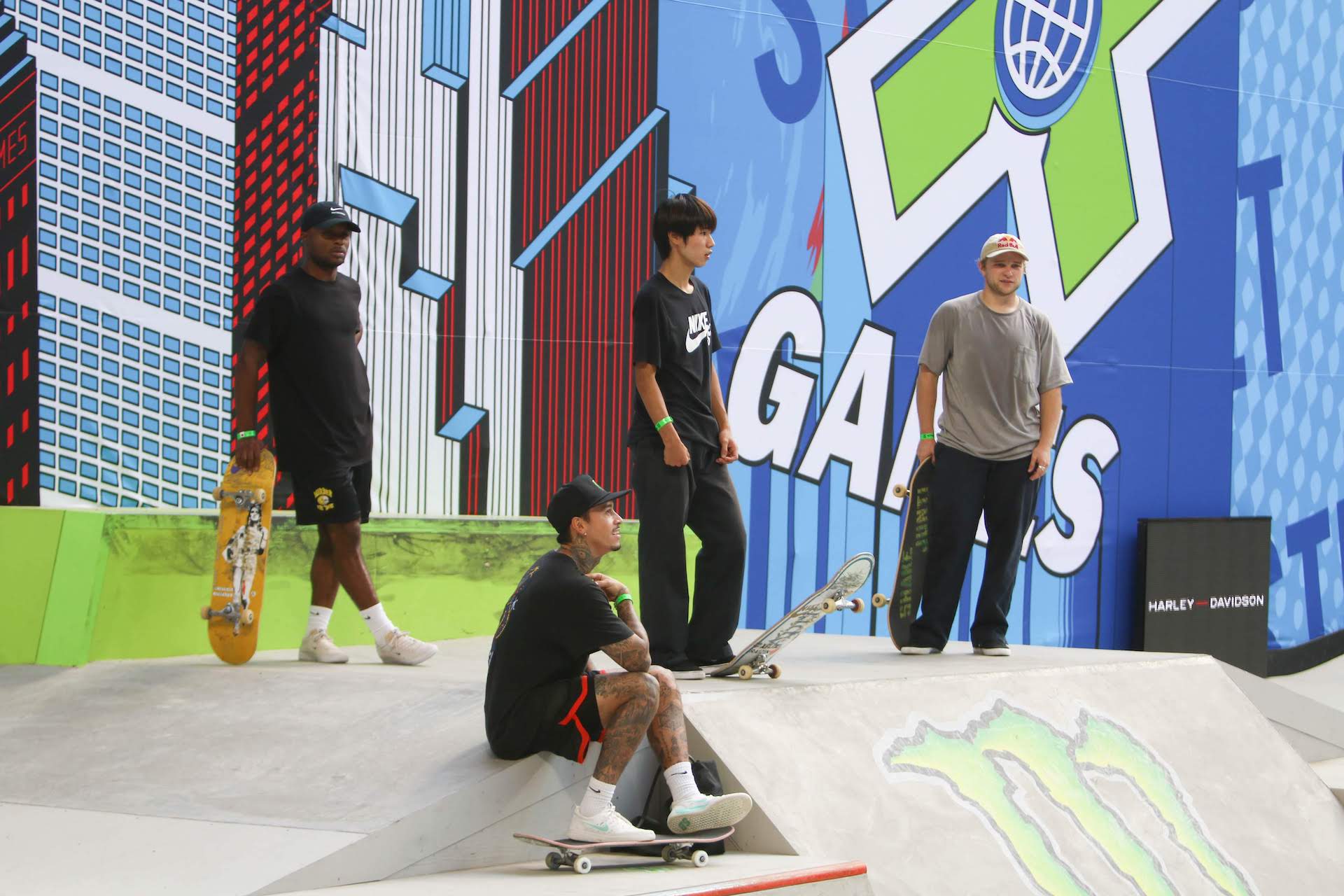 It wouldn’t be summer without X Games, the premier action sports competition showcasing the best in BMX, moto and skate, combined with amazing musical performances. With headliners Wu-Tang Clan, Diplo and Incubus performing throughout the multi-day event, the best athletes congregated in Minneapolis, MN at US Bank Stadium.

The first day of competition kicked off with BMX Vert and two of the best in recent years, veterans Jamie Bestwick and Vince Byron battling for the gold. The youngest in the field at 29, Byron was trailing Bestwick after he laid down an impressive first run to move into the top spot. However, in the final run of the competition, it was Byron who once again proved his dominance with a run highlighted by a downside tailwhip to superman seatgrab Indian air and a 540 flair cork 900. Bestwick took second place and Mykel Larrin once again took the bronze medal. Last year’s Skateboard Vert gold medal winner, Jimmy Wilkins returned to repeat for the third of his X Games career. The event showcased the new jam format that saw Mitchie Brusco turn an impressive 900 which might have won best trick of the night and earned him silver. Clay Kreiner rounded out the podium with a bronze, his first X Games Vert medal.

With the formidable Brighton Zeuner and Jordyn Barratt out due to injury, the Women’s Skateboard Park podium was a wide open field during the second day of competitions and showcased one of the youngest lineup of competitors. 13-year-old X Games rookie, Misugu Okamoto took the gold, while silver medalist Cocona Hiraki also made history, becoming the youngest female X Games competitor and the youngest medalist in X Games history, male or female. Lizzie Armanto took bronze, her third X Games medal. Without a doubt the BMX Big Air competitions were thrilling as the athletes came out of the gate with exciting runs right from the start and seemingly upping the ante of tricks with each run. Two-time gold medalist Ryan Williams threw down an insane second run featuring a backflip off the start and subsequent run featuring a nothing bike flip over the gap and a frontflip flair on the quarterpipe. Fan-favorite Morgan Wade took silver, using his final run to hit the ramp with his friend and fellow competitor Mykel Larrin. Aussie Vince Byron took bronze. Moto X Freestyle podium was dominated by the Australians with Rob Adelberg leading the charge. Continuing his streak, Adelberg earned his eighth medal in nine competitions. After eight starts in the Freestyle discipline, Adelberg finally earned his first gold with a run that included three different front flips including a front-flip nacnac and a front flip no hander. Josh Sheehan and Jackson Strong rounded out the podium.

The excitement continued during the third day of X Games that saw Elliot Sloan took back gold from last year’s winner, Mitchie Brusco, who became the first skater ever to land a 1260 in competition. Brusco landed the trick on his last run, but Sloan came right back with an indie 720 over the gap and a tail 900 on the quarterpipe, the same run he won the event with at X Games Minneapolis 2017. Rony Gomes took bronze, his third medal in the discipline. Logan Martin win gold for BMX Park over X Games rookie Rim Nakamura who took silver and Argentinian Jose Torres, who took his first X Games medal with bronze. During an emotional and inspiring event, the Skateboard Park Adaptive kicked off for the first time in X Games history. Brazilian skater Vinicios Sardi topped the podium in his first visit to X Games, and as he told the crowd during an emotional interview, his first time ever visiting North America. Fellow Brazilian Felipe Nunes took silver and American Mike Minor took bronze. The battle of the Men’s Skateboard Street was stacked with amazing athletes but it was Yuto Horigome who finally got his first gold medal at X Games, over perennial favorite, Nyjah Huston, who took silver, marking his 16th consecutive medal in the discipline. X Games rookie and top scorer in yesterday’s elimination Sora Shirai took bronze. Once again it was Garrett Reynolds who took the top spot in BMX Street, marking his 14th total medal in the discipline and 11th gold and beat out Matt Ray who took silver in his second X Games appearance, three years after his debut at X Games Austin 2016. Chad Kerley took home the bronze.

The final day of X Games displayed some compelling competitions that include the first Skateboard Street Best Trick contest at X Games since 2003. Nyjah Huston was not planning to compete in the discipline and told the crowd he made it all the way to the airport before having a moment of clarity that he needed to come back and compete in Best Trick. The decision paid off as Huston took the gold medal in the competition. In an ultra competitive final, Italian Ivan Federico surprised many and took home gold, his first medal ever at X Games. Jagger Eaton took silver, while the defending gold medalist in the discipline, Alex Sorgente, took bronze.

Over on the street course, Japanese skater Aori Nishimura was the highest scorer in Women’s Skateboard Street – marking her second gold and fourth medal in the discipline. Eleven-year-old Momiji Nishiya added to the list of Japanese medalists from the weekend with silver, and defending gold medalist Mariah Duran was bronze.

Check out the photos from the amazing display of competitions: