Promised to be the most immersive year yet, the staggering list of highly talented artists is enough to get us there. Transformational workshops, amusement rides, and circus acts will return along with new experiences including a brand new stage- TechYes / Guerrilla 360.

An array or new experiences await anyone brave enough to face the ATL heat. Most noticeable is the curated Sunday Night take over in the Amazonia stage featuring the psychedelic sounds of Tipper and friends. A brand new techno stage further added excitement to the stacked lineup announcement. Each year growing larger, this year has done the best at encompassing the most eccentric array of styles and sounds.

Campers this year will be allowed an earlier entrance with doors opening on Wednesday. Early arrival camping passes can be purchased as a part of a 4-day combo pass or as an add-on for those who already purchased their camping passes for Friday through Sunday.

To boot, Imagine is also opening early on Saturday for a Vegas Style Pool party open for everyone to attend. Partnered with Beatbox Beverages, the day time party will be announcing its list of DJs in the coming weeks.

In addition to pulsing music, the venue has grown the number of experiences it will be hosting this year. Transformational workshops, outdoor games & activities, amusement rides & circus acts, and live art are just some of the things to consider while taking a break from the dancing. You will even find Frick Frack Black Jack, the steam Punkish booth where bartering can get you far! 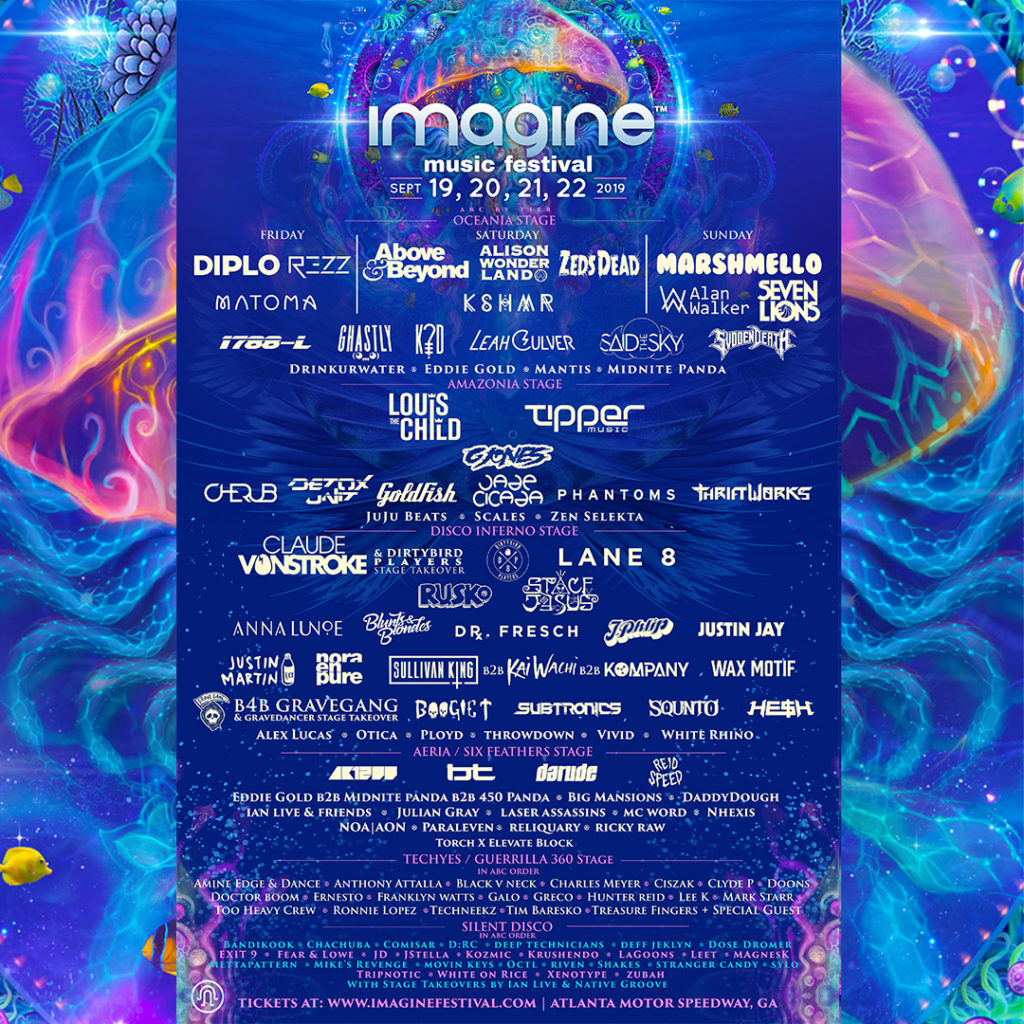