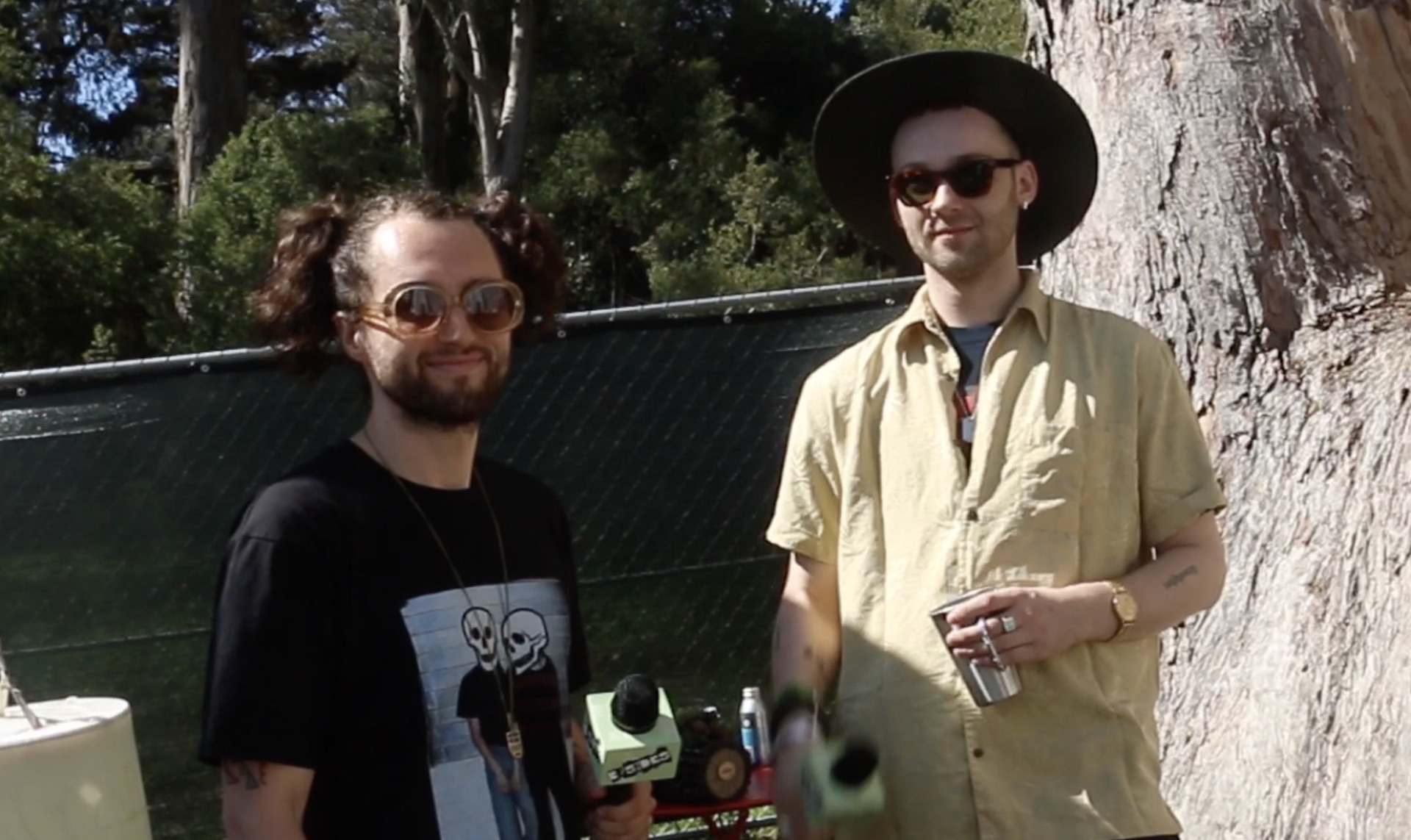 VIDEO: INTERVIEW – Brasstracks at Outside Lands 2019

Fresh off their performance at Outside Lands in San Francisco, Brasstracks just released their new single, “Professional” on August 9th. It follows up their live version of songs from their early 2019 EP Before We Go, recorded at the historic Studio B at Capitol Studios in Hollywood, CA. As a performance duo, they combine jazz trumpet, live drums, hip hop and guest vocals to create an audio and live experience. Brasstracks, comprised of Ivan Jackson and Conor Rayne, met while studying jazz at NYC’s Manhattan School of Music. With the confidence gained from a growing on-line presence, they released their debut EP, Good Love in 2016, which led to performances at festivals across North America. A slew of new singles and covers followed, culminating in the two-part project For Those Who Know, which included collaborations with Robert Glasper, The Underachievers, Xavier Omar, and others.

In addition to their own recordings, Jackson and Rayne have numerous production credits. In 2016, they produced Chance The Rapper’s “No Problem” featuring Lil Wayne & 2Chainz, which led to a GRAMMY® nomination for Best Rap Song and a GRAMMY win for Best Rap Album for their contribution to Chance’s Coloring Book. In addition to collaborations with Anderson Paak, GoldLink, Wyclef Jean, Lido and Khalid, Jackson and Rayne serve as band leaders for Mark Ronson and contributed to the tracks, “Nothing Breaks Like A Heart”, “Don’t Leave Me Lonely” and “When You Went Away” on his recent album, Late Night Feelings.

B-Sides met up with Brasstracks during Outside Lands to talk about playing at Golden Gate Park, plans for their new album, Area 51 and more. Check out the interview: