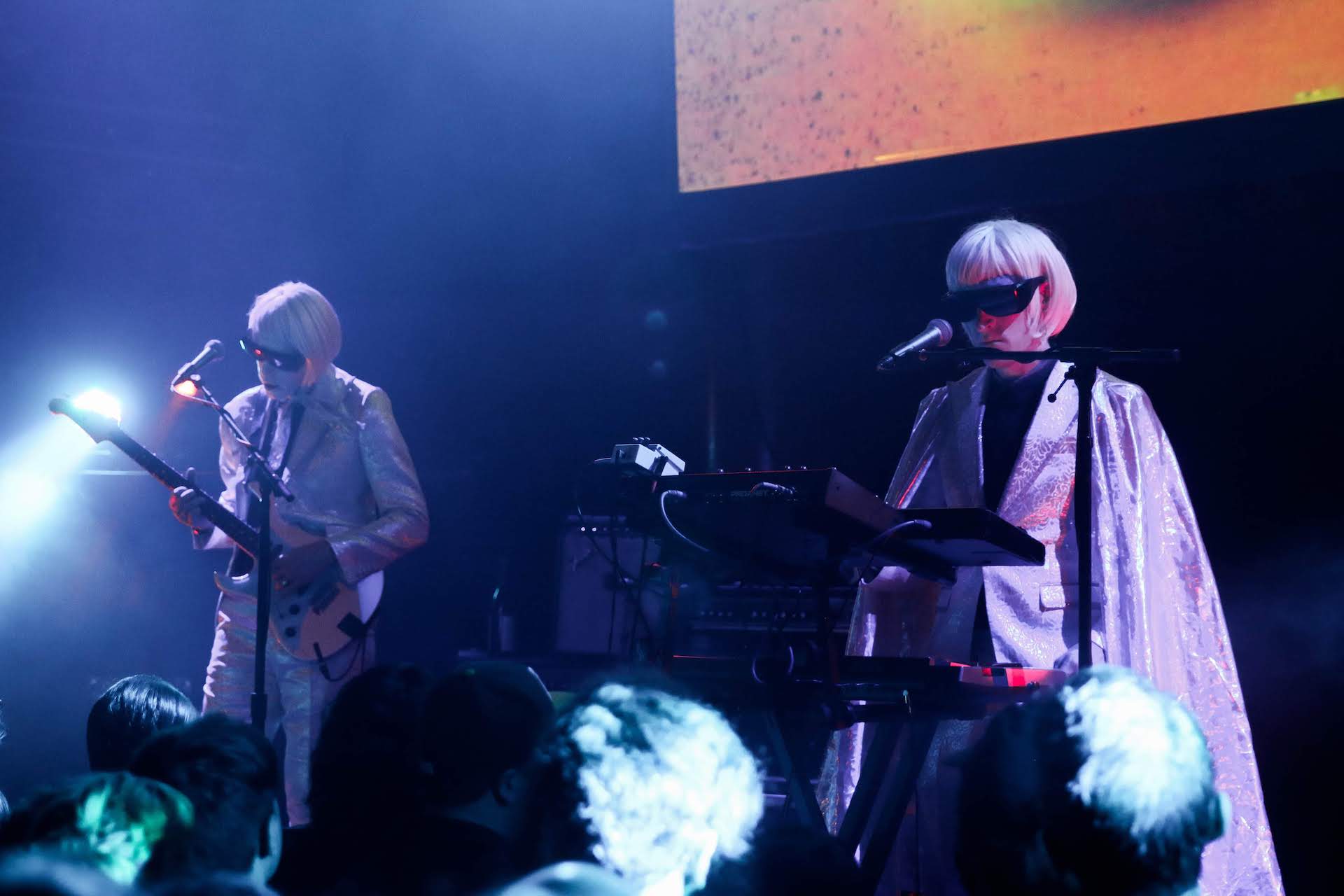 With two sold-out shows in San Francisco, the anticipation for the live performances from Drab Majesty was at an all-time high. The first show at the Great American Music Hall made for a perfect setting for the band’s music and aesthetics.

The duo of Deb Demure and Mona D, who comprise of Drab Majesty, made their appearance on-stage with a bottle of wine and matching outfits. The set was highlighted by songs from their latest album, Modern Mirror, including “Oxytocin”, “Ellipsis” and “Out of Sequence” that had many in the crowd dancing. There wasn’t any chatter in between songs, as is the style of Drab Majesty, but Demure did take the time towards the end of the set to acknowledge their start in San Francisco, shouting out their first show at the recently closed, The Hemlock, a small venue which was just up the street.

The audience predominantly dressed in black, were head-banging and dancing throughout the night indicating that Drab Majesty will always be welcome in San Francisco.