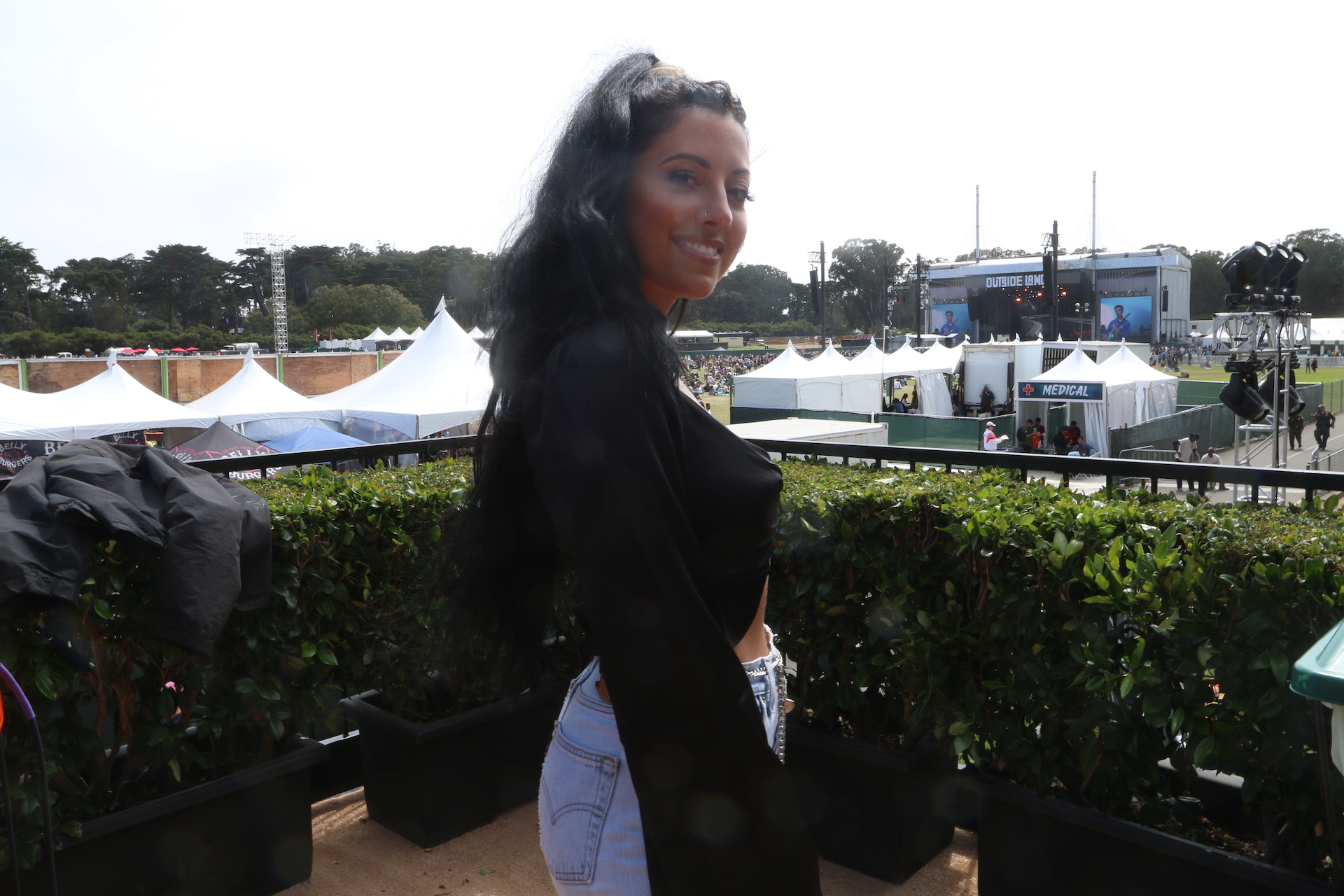 VIDEO: INTERVIEW – Delacey at Outside Lands 2019

Singer-songwriter Delacey got her start in the music industry as a songwriter that started with “New York City” (cut by The Chainsmokers for 2015’s Bouquet). The experience would lead to opportunities to co-write with the likes of Demi Lovato and Zara Larsson amongst others, but it was her work with Halsey’s #1 hit “Without Me” that would give her the profile needed to breakout on her own. Well-known producer L.A. Reid took notice and signed her to his label, HITCO in late 2018. Originally from Orange County, Delacey started writing songs and playing piano at age seven, mining influence from the massive vinyl collection her dad handed down to her. The first single from her forthcoming debut, “My Man”, has garnered millions of streams, tackling the common experience of a relationship going through a potential threat from another person’s interest. “I really like the balance in that song, how I’m being my feisty Italian self but also building up this other woman by talking about how dope she is,” she notes. With the album completed and set to be released later this year, Delacey has a handful of appearances slated for the remainder of the year, including Austin City Limits.

B-Sides met up with Delacey during Outside Lands to talk about performing at the festival, the new album, raiding Area 51 and more. Check out the interview: