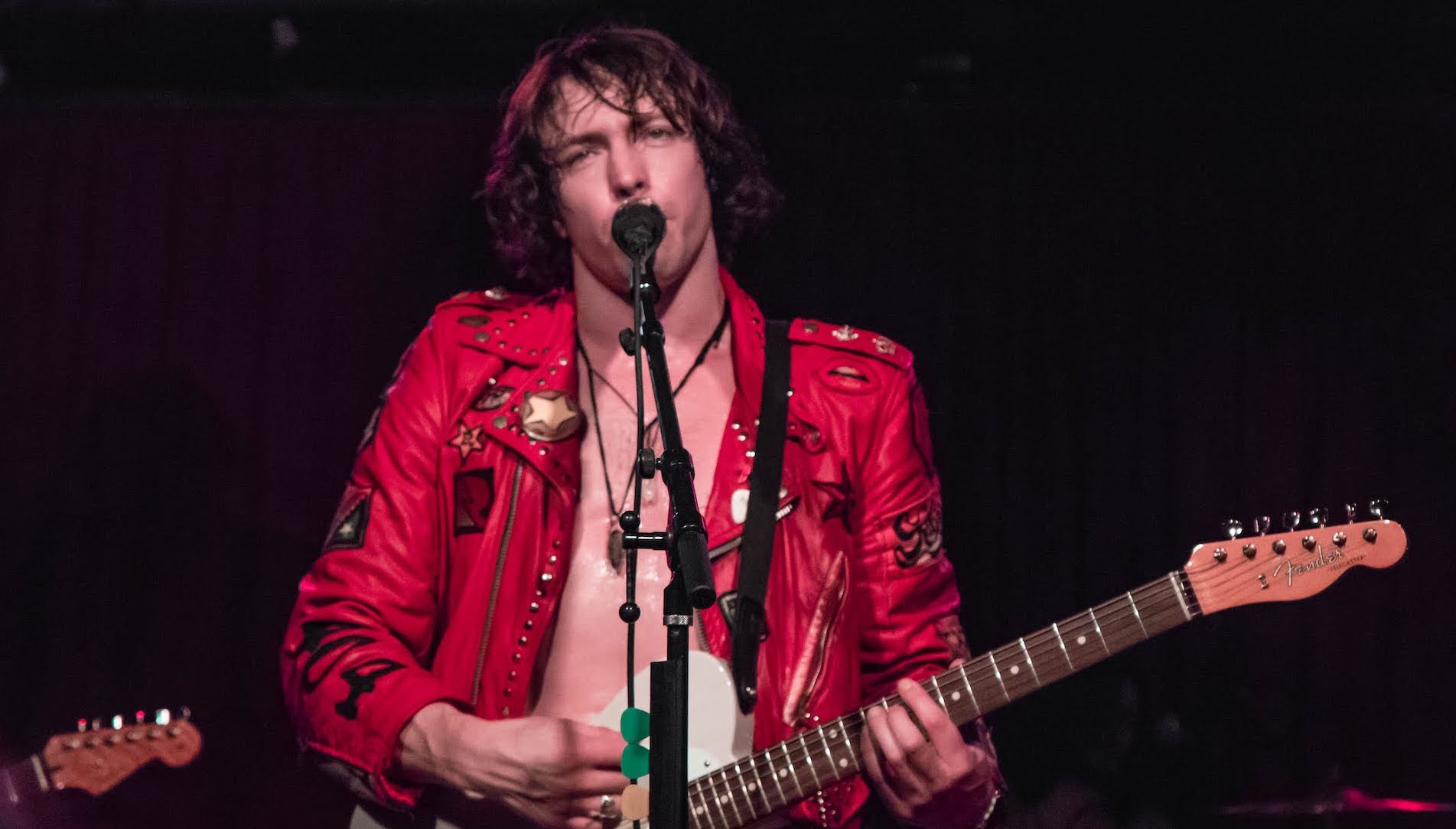 Fresh off the release of his sophomore album, 404, Barns Courtney is back in the States for the North American leg of his current tour. His energetic and engaging shows are a trademark of the singer/songwriter, who stopped by the Mercy Lounge in Nashville, TN Monday night.

For a Monday show, the audience was incredibly lively, enthusiastic and welcoming for openers, The Hunna. Led by lead singer Ryan Potter, the English band was a perfect match for Barns Courtney, as they were a lively and fun, tearing through songs like “Bonfire” and “You and I” that got the crowd dancing and head-bobbing. As the fans continued to come into the venue, there were quite a number of Barns Courtney fans decked out in leather jackets that were customized with his name, part of the promo for his album, 404.

Once Courtney took the stage donning a leather jacket of his own, it was if a switch was turned on and the audience went into high gear enthusiasm. Not even just a few songs in, he commented about how hot it was inside and proceeded to take off the leather jacket and proceeded to perform shirtless. Dancing and jumping around to songs like “You and I” and “Kicks”, the fans gave the energy that inspired Courtney to do the same as he jumped into the crowd during the latter song. He would get into the crowd in the middle of “Fire”, creating a huge jump-a-thon that was incredible to witness. In just a little over an hour, Barns Courtney delivered a rousing set filled with his catchy melodies, smart lyrics and charisma that left the crowd wanting more. Truly a show that is worth witnessing in person.