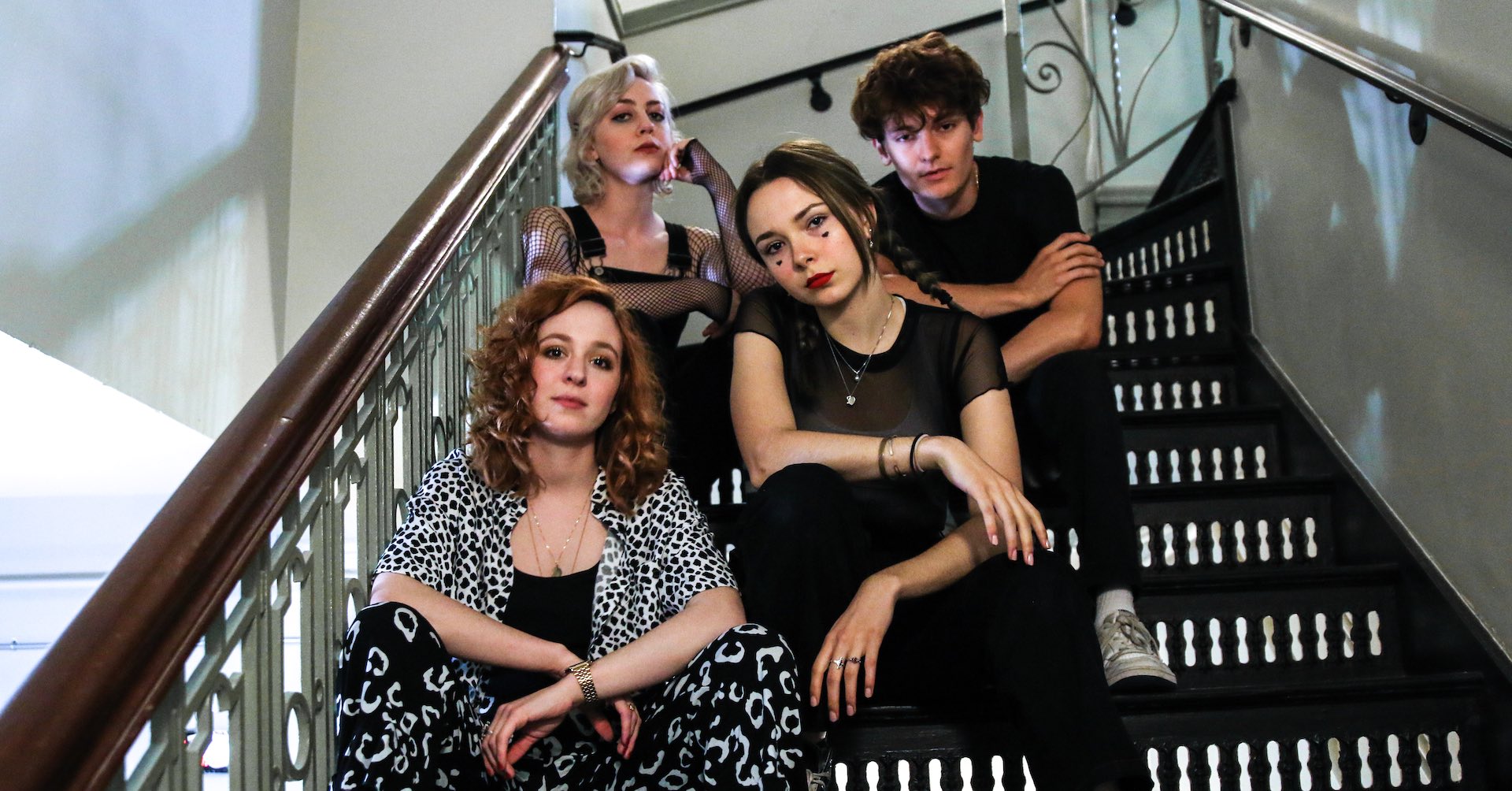 VIDEO: INTERVIEW – The Regrettes Talk On-Stage Mishap, Writing ‘How Do You Love’

The Regrettes recently released an original song for the upcoming holiday season, “Holiday-ish”(feat.Dylan Minnette). The track was co-written by The Regrettes’ frontwoman Lydia Night and her boyfriend, Dylan, and will also be released as a 7” vinyl available on November 29th in celebration of Record Store Day’s Black Friday special. The L.A. power-pop group, The Regrettes, recently released their highly-anticipated sophomore album, How Do You Love? to overwhelming global acclaim. ‘How Do You Love’ was recorded in L.A and Nashville and is informed by the socio-political climate wrapped in a layer of love and relationships; “The whole album is a tale of falling in love and a cautionary tale of falling in love,” says front woman, Lydia Night. Comprised of Lydia Night (19, vocals), Genessa Gariano(22, guitar), Brooke Dickson (24, bass) and Drew Thomsen (22, drums), the band has toured internationally and performed at high profiles festivals including Coachella, Lollapalooza, Governors Ball, Reading + Leeds and others.

The Regrettes took a moment to talk about writing the new album in Joshua Tree, incorporating new band members, a recent on-stage mishap and more. Check out the interview before their sold-out San Francisco show at August Hall: