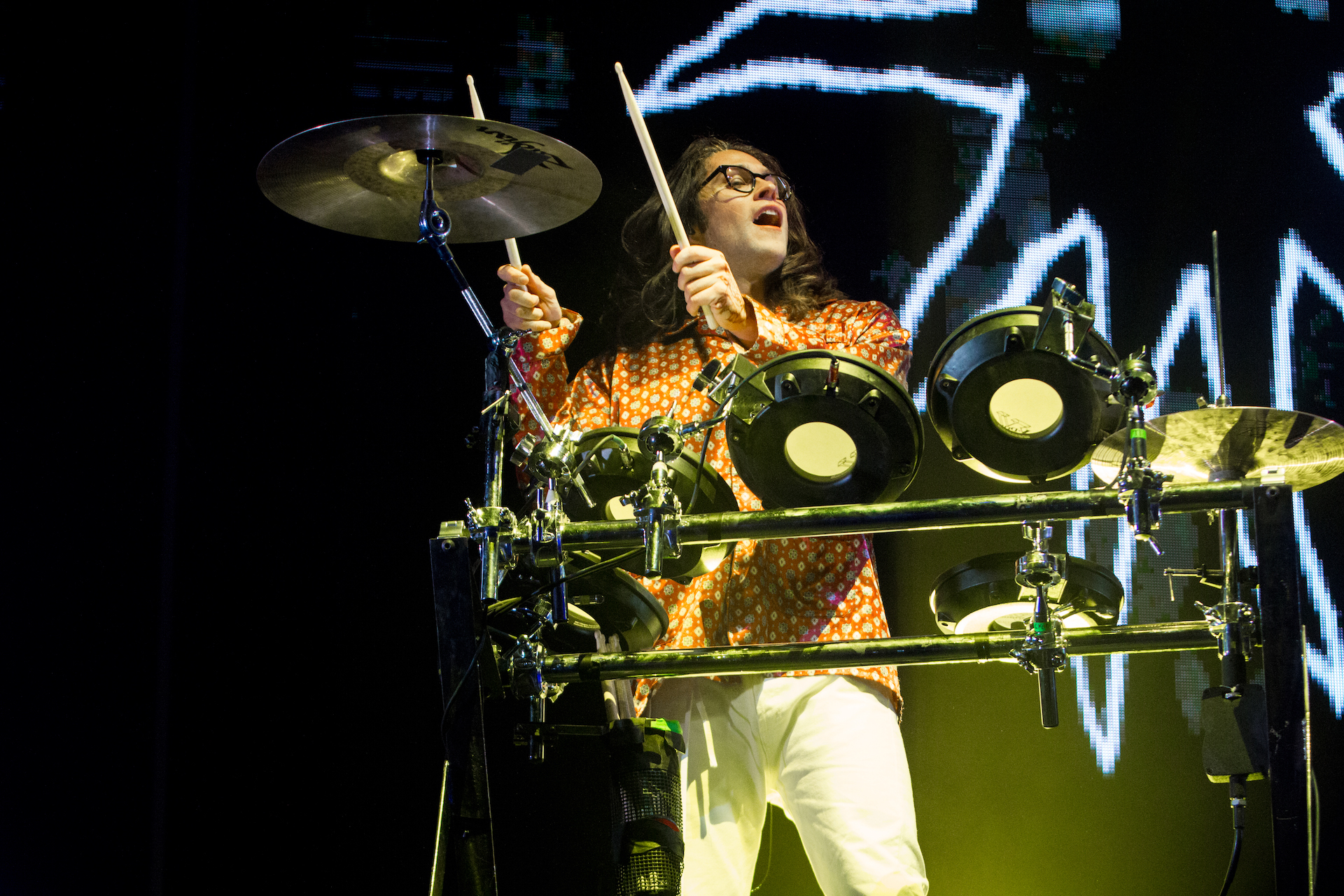 Big Wild concluded his ‘Superdream Tour’ in San Francisco, CA on Saturday November 30th at the Bill Graham Civic Center with an impressive large-scale production. The audience who came to see the producer/performer brought a high level of energy, which Big Wild and his accompanying musicians and singers fed off of throughout the night. Emerging on stage first was guitarist Maddie Rice, who strummed the beginning riffs of “City of Sound”, off of Big Wild’s debut album ‘Superdream’. Big Wild (born Jackson Stell) would shortly run onto the stage and started singing to an overwhelming hyped audience. Taking to his electronic drum set, Big Wild would perform along to remixes of tracks by Troyboi and Griz as well as his own, “She Makes Magic”. With amazing visuals behind him, Big Wild got numerous people jumping and dancing, some of whom were sitting on people’s shoulders and fist-pumping, especially during tracks like “Empty Room”, “Joypunks”, and “I Just Wanna”. Whether he was singing or performing percussion, Big Wild kept the crowd active and engaged. This was no more evident than when he concluded the set with fan favorites, “Invincible”, “Aftergold” and “6s to 9s”. The evolution continues for Big Wild from his early days as a producer/DJ to now singing with an ensemble of talented musicians and singers and fans have lots to look forward to the next stage of his music and live shows.

Check out photos from the show!