Audien is taking the progressive house and trance scene by storm with his lively melodies and captivating sonic sounds. His music career began when he was a teenager creating songs from Armin Van Buuren‘s A State of Trance podcasts. Since he got signed at the age of 17 by Ferry Corsten‘s record label, Flashover Recordings, Audien released four EPs and performed at festivals such as Tomorrowland and Lollapalooza. Audien released his first ever LP titled ESCAPISM on November 8th and his current tour bears the same name. One of his tour stops was San Francisco on December 6th at The Warfield.

As soon as Audien dropped his beats, a big explosion of confetti occurred and showered upon the crowd. The blend of soothing vocals, energetic synths, and rhythmic loops got fans moving to the flow from start to finish. The atmosphere inside The Warfield felt just the same like what a person can witness at a major EDM festival like EDC or Ultra Music Festival. One notable moment during the show occurred when Audien brought Grammy-winning songwriter, Jamie Hartmann, on stage. Hartmann collaborated with Audien on one of ESCAPISM‘s tracks titled, “Reach”, in which he provided the vocals.

Throughout Audien’s whole set at The Warfield, the audience remain enthralled by the emotional tracks and his set showed an amazing connection that his music has helped build and will continue to grow.

Here are the photos from Audien’s show at The Warfield on December 6th: 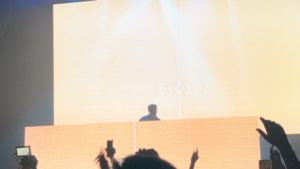 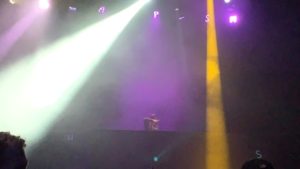