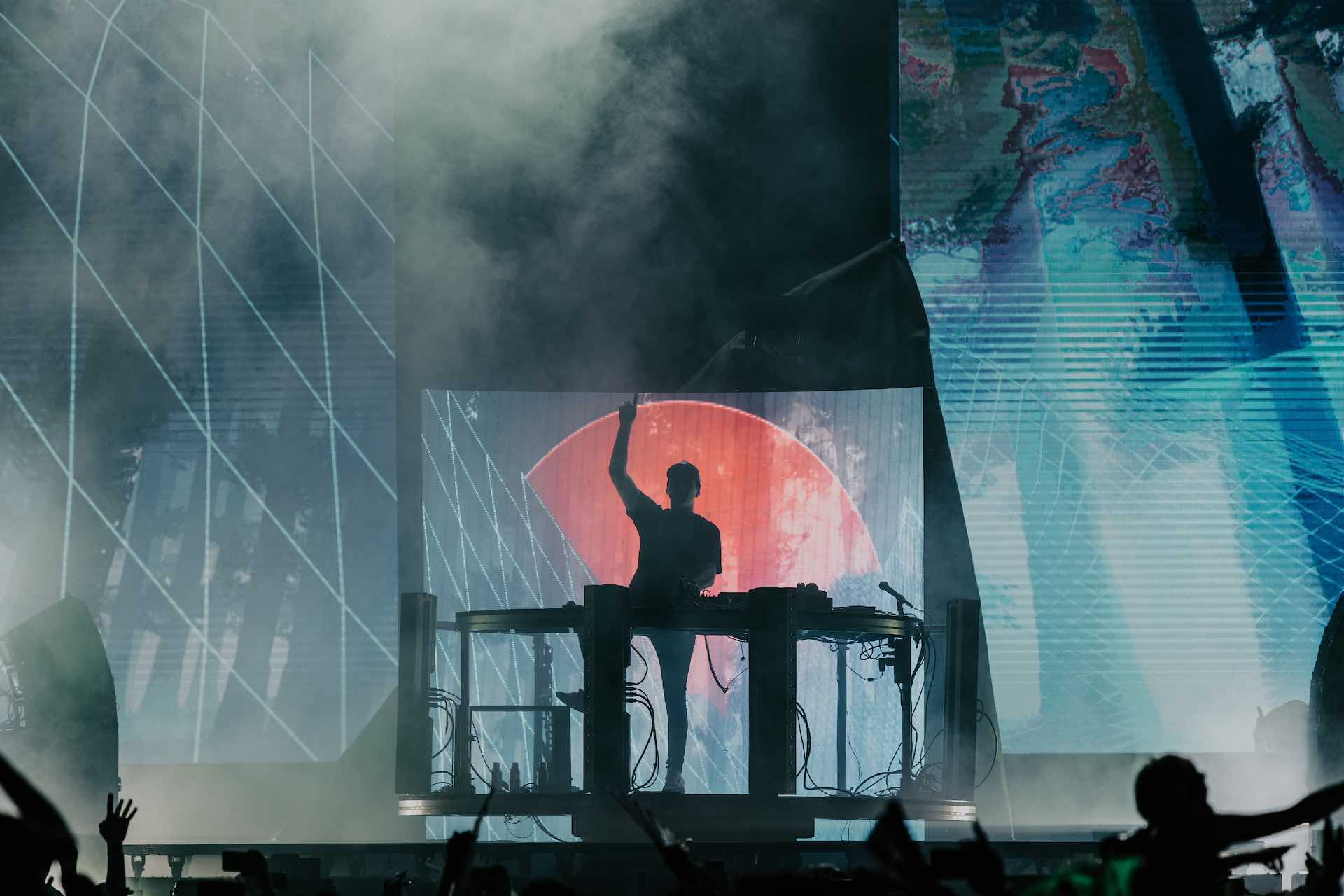 Making his triumphant return to San Francisco, Jauz put on an electrifying show at the Bill Graham Civic Auditorium Feb. 1st. The Bay Area native is currently on tour in support of his latest EP, ‘Dangerous Waters’ with perhaps his largest scale production, thus far. Performing atop a signature shark fin, Jauz (aka Sam Vogel) was a silhouette expertly manipulating his sounds as the visuals behind him flashed while an epic laser light show would beam over the crowd. At one point, amidst a moment of darkness, the shark fin disappeared and Jauz emerged high above where the tip of the fin once was and performed on circular platform, highlighted by newer tracks like “Dangerous” and “There For U” as well as the more familiar, “Get Down”. He acknowledged both the size of the crowd and the fact that this was a hometown show numerous times, noting how he had spent extra time in preparing for the set. Jauz fans went full-on head banging mode during “Shake”, his collaborative track with Zeds Dead and the stomping and dancing continued during “Gassed Up”, his other effort with DJ Snake.

Jauz’s set was an absolute party and appropriate as an unofficial Super Bowl pre-party on the eve of the local San Francisco 49ers competing in the game. With the neighboring City Hall and the Bill Graham Civic lit up in the team’s colors with numerous audience members decked out in various 49er jerseys and shirts, Jauz’s music was the perfect soundtrack to the jubilation. Before ending the show, Jauz took a moment to thank the crowd again for making his return home memorable, gave a shoutout to his family and friends and proceeded with with his remix of “Trampoline” by Shaed. On its own, a Jauz show is one that cannot be missed, but there’s something special when an artist performs in front of his hometown crowd.