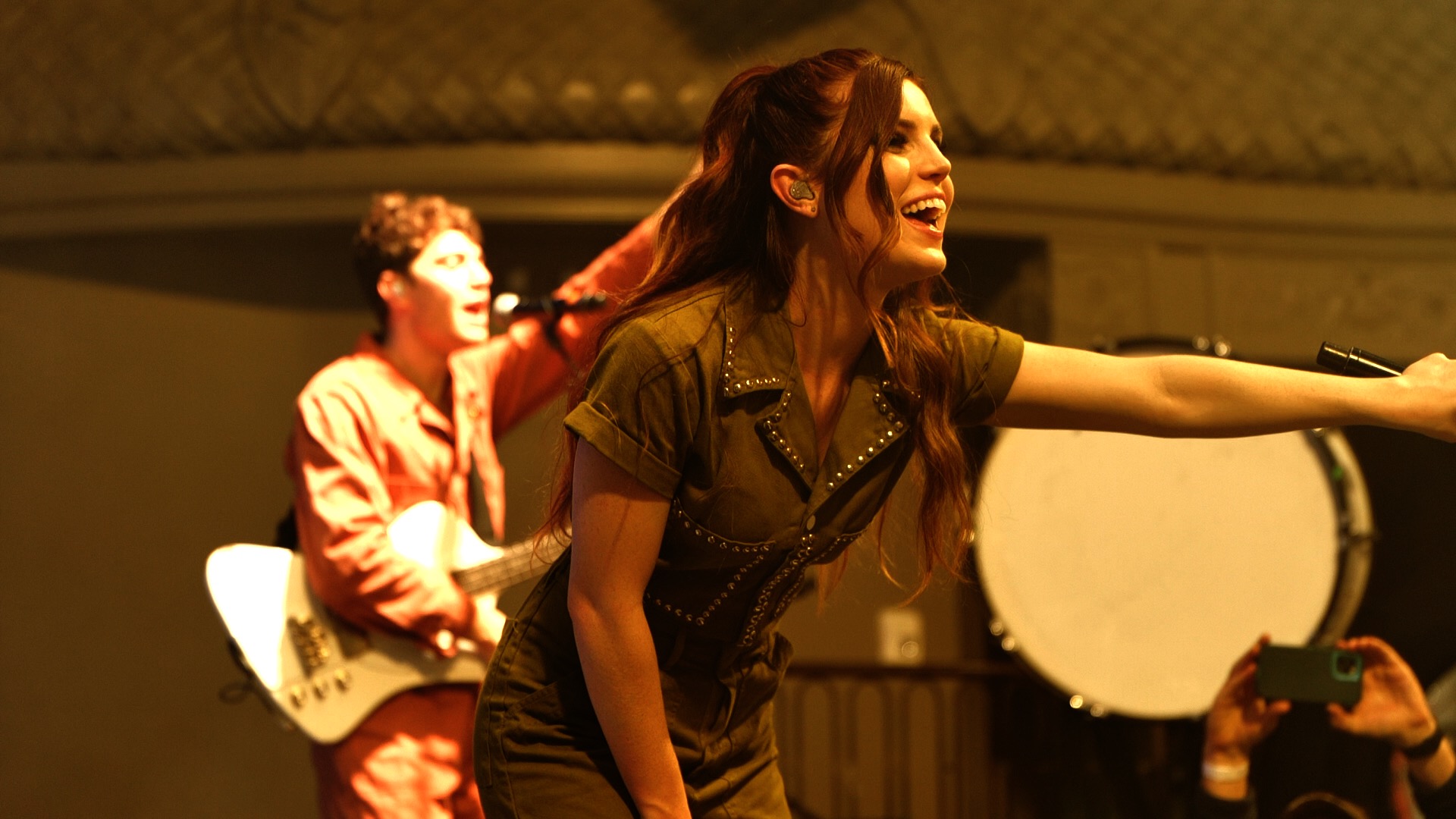 Just over six years after the release of their debut album, ‘Talking Dreams’, Echosmith released the follow-up ‘Lonely Generation’ this past January. The album captures the band in the midst of the growing pains and happy moments that come with growing up. The band of siblings from Los Angeles, (lead singer Sydney Sierota, bassist Noah Sierota, and drummer Graham Sierota) didn’t sit still during the time between albums. Touring non-stop for nearly 2.5 years on the strength of their breakout single, “Cool Kids”, they sold out numerous headline shows, toured with the likes of twenty one pilots and played numerous festivals ranging from Reading & Leeds, Austin City Limits, Governors Ball and Coachella. In between, Echosmith also released the EP, ‘Inside A Dream’ in 2017, which spawned the radio single, “Over My Head”. The new album tackles a variety of topics ranging from living in the social media age that has both positive and negative effects on the quality of life and evolving as adults. “We are a band, but we’re family first, which is a special and rare gift,” says Noah. “We get to learn and evolve together. The album is about trying to care for each other, grow, and experience joy and heartache in the internet age. It’s like a diary. We’re showing a piece of who we are that we’ve never shown before. We pushed ourselves to try new things and reflect our experiences in a fresh way,” shares Noah. “Social media can be complicated, hard, and so much pressure. We need to be on our phones and we love connecting with fans, but we need to find a balance of living real life. We all can get addicted to our phones. After you scroll for a while, do you really feel better?” says Sydney. “We’re growing up in our own ways. We’re siblings and close friends, but we have our own lives too. There are a lot of different flavors to it. We got to be really vulnerable for the first time.”

B-Sides caught up with Echosmith during their San Francisco tour stop to talk about the new album, Sydney’s wedding and more. Check out the interview: