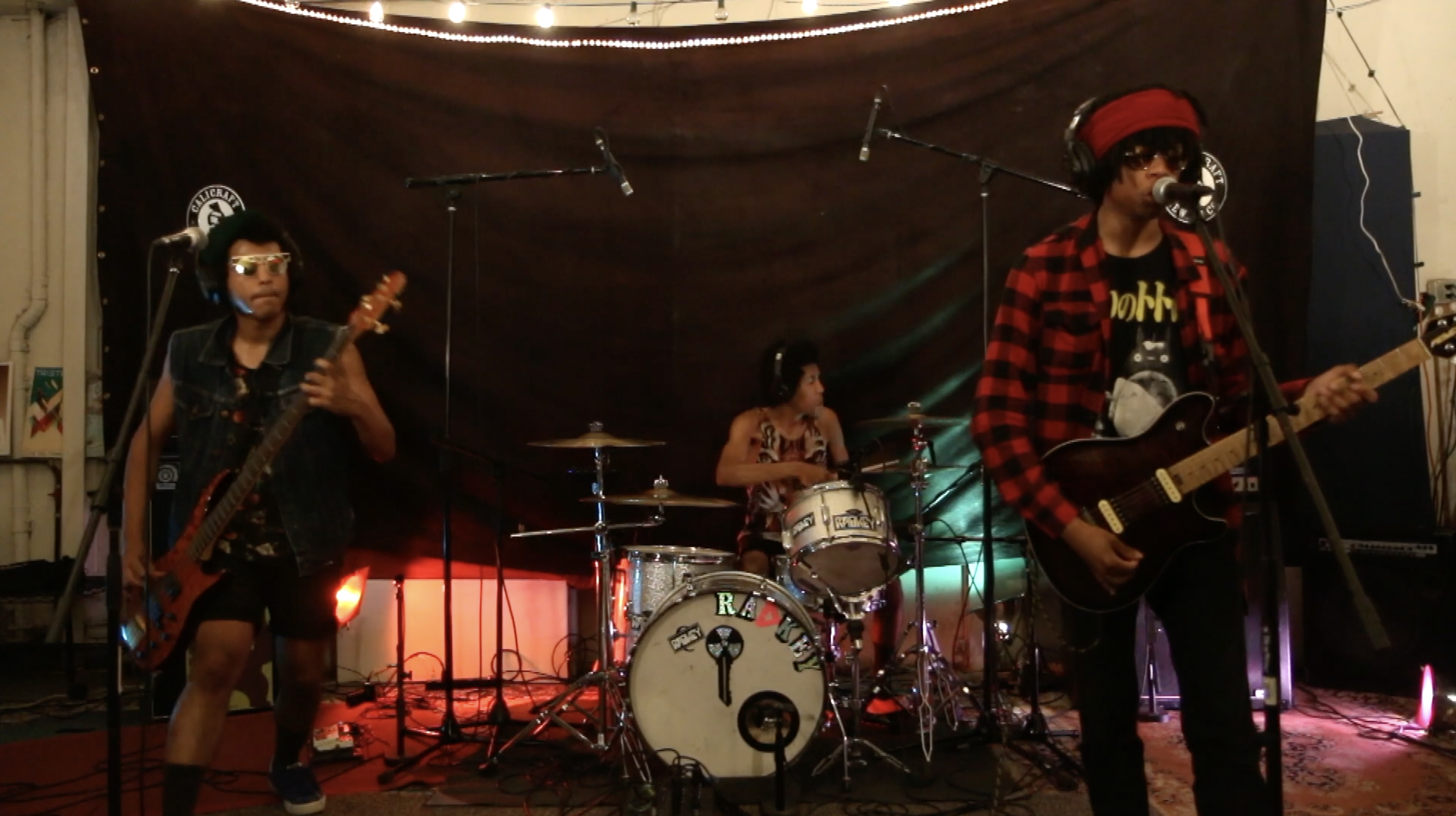 Radkey started off the year releasing a couple of singles, “Bend” and “St. Elwood”, both catchy with strong hooks. “Bend” is a track that was written purposefully around the sonics of the acoustic guitar, as bassist Issac Radke stated, “we’re always trying to challenge ourselves and try different styles and different sounds. We’ve been doing that ever since the EPs back in the day.” The band, comprised of brothers Dee Radke, Isaiah Radke and Solomon Radke have been working on a new album that’s due out this fall, the songwriting process started around five months ago and the band indicates that the songs mirror the current sociopolitical climate around the current Black Lives Matter movement. “We’ve taken everything that we’ve learned from multiple producers and we’ve done a mostly self-produced record,” Radke stated, also added “it’s still just as heavy like everything we’ve done, but it’s going to be stuff like “Bend” but more evolved”.

B-Sides host Pete Mar spoke with the trio about the band’s upcoming new album, their perspective on the recent Black Lives Matter protests and more. Check out the interview: