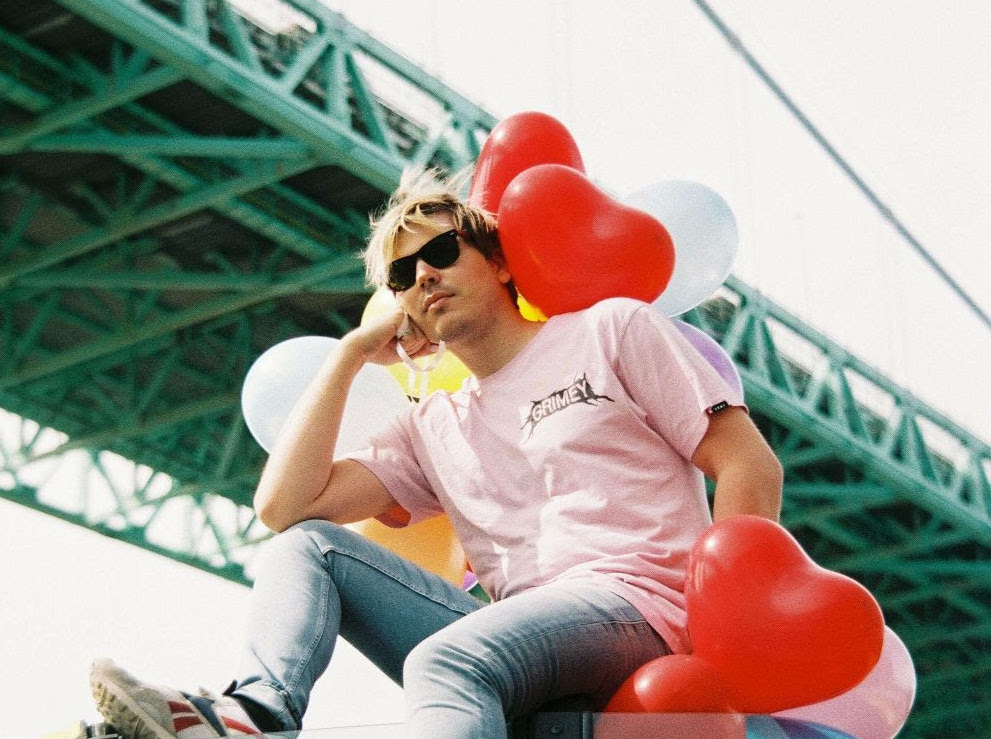 INTERVIEW: I Don’t Speak French Go Back to Indie Roots

Swedish multi-instrumentalist, producer, and songwriter Håkan Persson is the creative genius behind I Don’t Speak French. Spending countless nights on his computer while studying at the University, Persson followed the same career path of his musical influencers--Peter, Bjorn, and John, Beck, The Beach Boys, Foster The People. Forming a group with really close friends, I Don’t Speak French honed their sound over the years. The band has garnered attention from MTV, which featured their music in shows such as Real World, Teen Mom, and Catfish. Their recent single “Blow The Speakers Up” has already reached over 656k streams and was heard on a Samsung Galaxy commercial. I Don’t Speak French plan to release another new single this month with more to follow by the end of the year. Persson and Louise Lindenger of I Don’t Speak French spoke with B-Sides about life in Sweden, what’s new with their music, and more here!

Thank you for your time!  How has the pandemic been like in Sweden?

Håkan: Hello! We don’t have quarantine here. We’re free to do whatever and go to bars. The only difference is basically the maximum amount of people in a group and there has to be distance. Otherwise, it’s been usual and pretty good actually.

Your live shows were noted for being spontaneous, energetic, and overall fun.  Have the cancelations of live shows affected you personally?

Håkan: Not that much. It’s been a while since we played some shows. We’re just focusing on writing new music and experimenting with new sounds. We’re looking forward to next summer and hopefully getting out to tour if COVID-19 calms down.

Congrats on the release of “Blow The Speakers Up”!  It’s your first single in quite some time. What has the band been doing and what was the creation behind song?

Håkan: We’ve been doing a lot of EDM in the last couple of years. Working with EDM labels. The song actually started as an EDM track, but it didn’t fit. We started experimenting in the studio and the song made itself. It was a fun recording experience.

Louise: The song is very up-tempo in its parts. It’s more than an EDM rock song, it’s more psychedelic.

Why the involvement with EDM?

Håkan: Back in the day we were both doing indie bands and we got a request, which led to a good response. Our songs were getting streamed a lot. It was something new for us, but our heart is always with indie rock.

When the band started out about a decade ago, the sound was more indie-surf rock/ funk to now pop. Is I Don’t Speak French going back to their indie roots or are you playing around with more genres?

Håkan: Our manager was pushing us to go back to our indie roots. We came back to it and it paid off. It’s fun to see the music you’re passionate about resonates with people as well. I Don’t Speak French has always been a playground for experimenting with music and not be afraid of ideas.

Louise: We’re gonna do both. It’s like taking different crossroads to work with other new people. The people we’ve been working with today are people from EDM music. The EDM people appreciate indie-rock singers and good songwriters who make bangers.

Is the single a part of a larger body of work like an EP or full-length album?

Håkan: Definitely an EP. We released a vinyl couple of years ago, which was years in the making. We have a lot of material we want to release. So we’re thinking of doing some singles showcasing the different sounds/vibes. An EP is down the road for next year or so.

Louise: We were supposed to do a mini-album, but then we got this Samsung deal and we had to re-plan everything else. We like releasing singles.

How did the Samsung deal come about?

Håkan: We’ve been working with a publisher for five years and they placed a couple of our songs in MTV shows and other commercials. They caught a big fish. We were so excited and happy. It meant a lot to us. It gave us the possibility to start our own label called Indieshake, where we release our music as I Don’t Speak French, Stranded Mermaid, and hopefully down the line help other indie artists.

Louise: Having a publishing company in L.A that has connections like Samsung is huge for us! They gave us so many opportunities.

Music has evolved over the years with sound and technology. Now with the tools to release music from home, where do you you see the future of music heading if there will be limited live shows and would this be a challenge to making ends meet?

Louise: We have different legs to stand on when it comes to music. We work as songwriters as well, which is why we like this EDM stuff so we can get money from everywhere. Our money was from royalties. Our goal is to become managers as well.

Håkan: As for income sources, we’ve worked as producers for other artists. We’ve done stuff for Korea. Lately, we’ve been focusing on our own projects.

Is it difficult to write for other artists than writing for yourselves?

Louise: The biggest challenge is that you’re gonna get so many “no’s”. So just try to be creative and don’t analyze the “no’s”. Your job is to make songs not sell the songs.

Håkan: We appreciate our “dog years” because you learn to be productive, imaginative, and set deadlines.

Is that why you started your own label to be your own bosses and be creative as you please?

Håkan: Yes and also we’ve been working with major labels (Sony, Universal, and Warner). There are always so many people involved like a chain then the higher-ups would say no. Basically we realized we have the contacts, management team, and other amazingly talented people we work with that we could do this on our own. We want to create our own Sub-Pop.

Both: Highs, lows, and exciting.

What’s the next big project you would like your music to be featured in?

Louise: I think it would be fun if our music was in something Swedish like Ikea (laughs)!