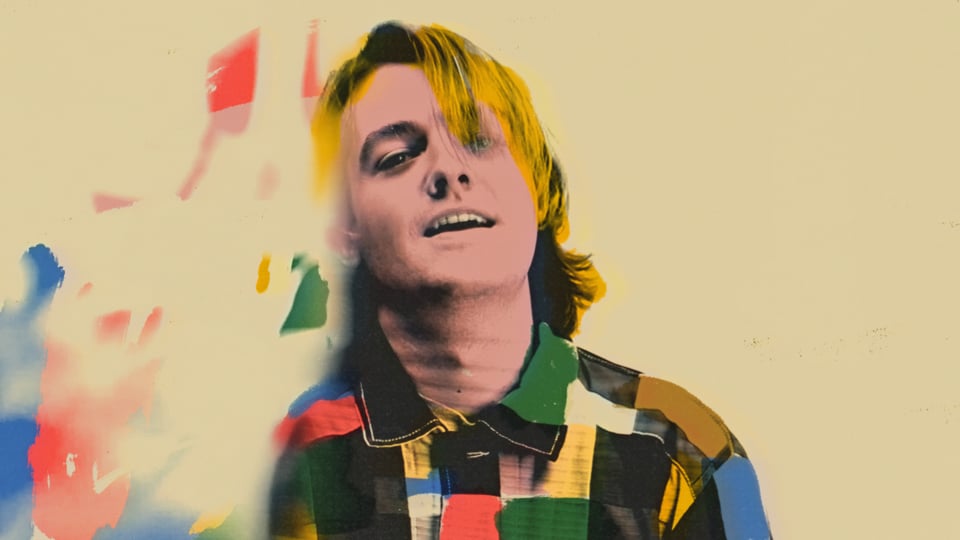 With so much new music coming out every week, it can be hard to know what to listen to first. Every week, we highlight some of our favorite tracks to kick off your weekend. The best way to keep up with our selections is by following our ‘New Music On-Repeat’ playlist on Spotify. This week’s picks include tracks from Noname, Evan Giia, COIN, and more!

1. Evan Giia – “Stay Up”
Electronic-Pop artist Evan Giia released her first single of 2021, “Stay Up”. Giia is classically trained as an opera singer, which shines through in her clean, cutting vocal performance. “Stay Up” is a love letter to the singer’s hometown of Brooklyn, reveling in the youthful triumph of the city at night. The maximalist production on this track is an injection of energy, with a cave-like bass line and flying synths that remind you of what it felt like to be immersed in the dance floor.

2. Fiji Blue – “It Takes Two”
Fiji Blue is the duo project of Trevor Dering and Valentin Fritz, who make music in the self-described genre of “sad boy chill house”. “It Takes Two” is a boppy, sun-drenched heartbreak anthem. The upbeat instrumentals mask the lyrical melancholy, exploring a one-sided relationship in which your partner can’t give you what you need. Fiji Blue are proving their expertise in crafting groove, and “It Takes Two” truly shows off that knack.

4. CRITTER – “PFC”
CRITTER is a new face on the alt-pop scene, releasing their promising debut single “PFC”. CRITTER is the duo of folk singer Quinn Barnitt and former rap producer Jake Weinberg. “PFC” is very different from their previous work, and it seems this experimentation has paid off. “PFC” is a luminous, sparkling pop bop whose spotless production only amplifies its cool factor. This debut definitely sets some expectations for their future work, which we are very excited to hear.

5. Noname – “Rainforest”
One look at the social media pages of Noname, aka Fatimah Nyeema Warner, will show you she is a revolutionary. Warner is deeply invested in the social and political advancement of PoC and women, and is vocal about her radical politics. Known to infuse her songs with political messages, “Rainforest” dives into mortality within capitalist ideology and the pitfalls of living under late-stage capitalism. It’s an ambitious song, that is specific enough in its critique to work. The sultry, simple ballroom band backing acts as the vehicle through which Noname can convey her cultural insight with immaculate rhythm and irreproachable clarity.

6. Maisie Peters – “John Hughes Movie”
From the title alone, you can guess the cinematic nature of Brighton-born pop singer Maisie Peter’s new single “John Hughes Movie”. Peters takes the song in a subversive direction, “This is not a John Hughes Movie where the girl gets the guy”, she sings, “if you don’t want me, then you’re not the one”. The scene is set at a school dance, with the cultural context of all those 80s teen classics, but Peters injects a more mature message into the teen pop track, reclaiming her self worth in the triumphant song.

7. Yeek – “Valencia”
Filipino-American R&B pop singer and producer Yeek announced a new album with the drop of its title track “Valencia”. The album is set to drop March 19th, and with the quality of the singles he’s released so far, it looks like it’s gearing up to be a phenomenal record. “Valencia” is a lush R&B soundscape infused with the best elements of hip-hop and pop. Looking at the other single from this record, “3000 Miles”, it seems as though Yeek is leaning into the R&B sound, which has given him a new confidence and freshness on these singles.

8. Cautious Clay – “Roots”
Singer, songwriter, and producer Cautious Clay, aka Joshua Karpeh, has had an epic rise in the music industry, collaborating with the likes of Billie Eillish, John Legend, and John Mayer. His new single “Roots” is about coming to terms with a relationship that you know won’t work out, despite the strong foundation of history you share with each other. “Roots” showcases Clay’s ability to craft vulnerable, tender songs that ooze with texture.

9. Dayglow – “Something”
“Something” is the latest single from alt/pop-rock powerhouse Dayglow’s, aka Sloan Struble, forthcoming album ‘Harmony House’, set to debut May 21st. This new David Byrne-esque track details the absurdity and frustration that comes with living in a society so profoundly saturated with social media. It features Dayglow’s signature twinkly production, but carries a poignant message lyrically.

10. Julien Baker – “Crying Wolf”
Singer-songwriter and multi-instrumentalist Julien Baker is know for her heartbreaking, raw lyricism which confronts both difficult philosophical and personal experiences. Her new album “Little Oblivions” was just released today, and is perhaps one of her most personal, gut wrenching records yet, detailing her relapse. “Crying Wolf” is an emotional touchstone of the record, opening with an unsettling line for anyone empathetic to the struggles of addiction: “Day-one chip on your dresser, get loaded at your house.” It’s a heavy hitting song on a heavy hitting record, with Baker’s understated vocals only lending themselves to the delivery of such somber songs.

11. Claire Rosinkranz – “Real Life”
Seventeen year-old Claire Rosinkranz continues to build off of her viral exposure from TikTok, releasing two new tracks, “Real Life” & “Parking Lot” today. “Real Life” is a bright smooth-flowing bop that grooves along as Rosinkranz assures us “it’s gonna be alright” referring to the ups and downs of the restrictions from the pandemic, as well as not feeding into the unrealistic expectations promoted on social media. In the first verse she references, “My sanity got stuck in December//And my boyfriend doesn’t exist//I’m in my hoodie and some sweatpants watchin’ Netflix”- something we all can relate to. She gets real later on in the song as she challenges the near-overnight attention paid to people like herself who go viral on social media and how fleeting it can be as she croons, “All these temporary pleasures//No real memories to treasure.”

12. Wolf Alice – “The Last Man On Earth”
Wolf Alice is one of England’s best exports in years and have returned after a four-year hiatus. “The Last Man On Earth” is the first single from the band’s recently announced forthcoming new album, “Blue Weekend,” that’s slated to be released on June 11th. Singer/songwriter and guitarist Ellie Rowsell stated, “It’s about the arrogance of humans. I’d just read Kurt Vonnegut’s Cat’s Cradle and I had written the line ‘Peculiar travel suggestions are dancing lessons from god’ in my notes. But then I thought: ‘Uh, your peculiar travel suggestion isn’t a dancing lesson from god, it’s just a travel suggestion! Why does everything need to mean something more?’” The song starts off with just Rowsell singing against a piano background before additional instrumentation kicks right after she delivers the sharp line, “Who are you to ask for anything else?//The thing you should be asking is for help”. A Beatles-esque riff towards the bridge transitions in while creating a cinematic soundscape that embodies the emotion of the song. A strong return for Wolf Alice that has us eager for more from the new LP.

To keep up with all of our favorite releases, follow our ‘New Music On-Repeat’ Playlist on Spotify, where we handpick the best new music each week!